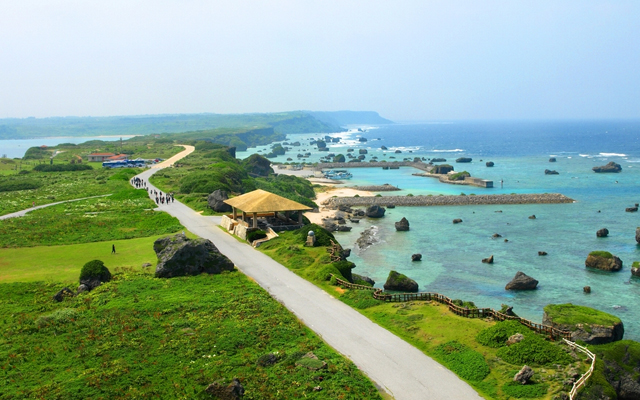 Often called the Hawaii of Japan, Okinawa is attracting a rising number of regional tourists, thanks to greater air connectivity driven by LCCs to the resort destination, according to a recent report by C9 Hotelworks.

Visitors to Okinawa hit a record 9.8 million last year, elevating the market to the likes of Asia’s twin icons of Bali and Phuket, the Okinawa Hotel Market Review revealed.

The demand was mainly driven by overseas source markets, which grew 14.2 per cent year-on-year compared to domestic arrivals of 1.2 per cent. This has pushed total market share of international travellers from 4.1 per cent in 2008 to 29.5 per cent in 2018, whereby the CAGR of total inbound visitors for the period averaged 6.4 per cent.

Nevertheless, those arriving from Japan still accounted for 76.8 per cent of guest nights in accommodation establishments on the island, as a majority of domestic travellers are Japanese from Tokyo, Osaka, Kobe, Fukuoka and Nagoya.

The report also said that the key catalysts of change driving increased tourism to the island are rising airlift, visa exemptions for a number of Asian countries like Thailand and favourable currency exchange rates to the Japanese yen.

International airlift is delivering more and more overseas travellers – In 2018, domestic routes supplied 71 per cent of the visitors to the destination. Traction has remained strong this year as year-to-date arrivals through May registered 4.6 per cent growth. Key overseas markets are South Korea, Hong Kong, Taiwan, China and the US.

Market-wide occupancy for hotels in the latest available data was 64 per cent with an average accommodation spend of around US$218 per person, per day. With over 36,000 hotels and ryokan keys, the current pipeline is showing 5,295 keys under development. Pipeline hotels are concentrated in outer islands (45 per cent), followed by south (26 per cent), central (16 per cent) and north (13 per cent) areas of the main island.

City hotels have the highest occupancy amongst all types of accommodation, with an average of 83 per cent last year. This is followed by business hotels with 77 per cent and resorts at 72 per cent.

The average length of stay for visitors averaged 3.09 nights, with longer stays for international visitors at 3.42 nights and domestic at 2.95 nights.

“With demand on the rise, hotels are seeing improved performance in occupancy, while spending on accommodation has slightly declined as more non-traditional hotels are entering the market, such as condominium rentals and guesthouses,” said Bill Barnett, managing director, C9 Hotelworks.

He added: “Nevertheless, mainstream hotel operators remain positive on the prospect of performance going forward, despite stronger competition. Demand is expected to significantly increase with a second airport runway. However, the lack of labour in the industry is a major concern for existing and upcoming hotels.”

Key upcoming hotels, including Hilton and Four Seasons, reflect more global brands, said the report. The latter is being developed by Malaysia’s Berjaya Group, which is set to leverage the Four Seasons brand on a hotel residence component of the project.

Despite high development costs given pressure from the upcoming run-up to the 2020 Olympics, Okinawa’s resort trajectory remains strongly positive given that Naha Airport is expected to complete its second runway in 2020.

A cruise campaign has also stimulated growth of foreign tourist arrivals. Additional services will be launched at Motobu Port, Ishigaki Port and Hirara Port along with expansion plans.

With low interest rates in a stable marketplace, developers are increasingly looking to both Okinawa and the outer islands with rising interest, as the destination is poised to play on a broader global stage.