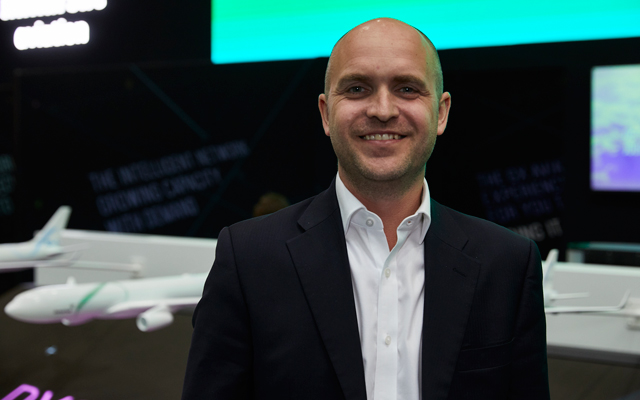 In an increasingly connected world, Wi-Fi is no longer considered a want, but a need. It’s amazing to think that 57 per cent of a global population of 7.7 billion are already considered active Internet users, and the number continues to grow at a rate of more than 11 new users per second.

With such high Internet penetration rates, it is only to be expected that consumers’ demands for data are also evolving with equal tenacity.

Not only are users demanding faster connections, more reliable and secure networks, and ease of accessibility, they’re also expecting coverage everywhere they go. The latest trend? Wi-Fi in the sky.

According to a study by Inmarsat, more than half of airline passengers (55 per cent) describe inflight Wi-Fi as an essential. Based on the 2018 survey, Wi-Fi is now so critical to passengers that more than three quarters (78 per cent) would be more likely to rebook with an airline if high-quality Wi-Fi is available. In fact, inflight connectivity is in such high demand that the majority of today’s airline passengers are willing to sacrifice other inflight amenities for internet access.

Hence the question – should inflight connectivity be an entitlement and offered as a free service, or should it be monetised and charged per use?

Drivers of the demand
The workings of the aviation industry are increasingly being influenced by millennials.

Having grown up in a time of rapid change – think technological advancements, globalisation and economic disruption – this two-billion-strong generation has developed very different expectations when it comes to connectivity, compared to those before them.

Many Gen Y-ers connect across multiple devices almost 24/7; they consider connectivity as vital as any other basic human need; and they have often been found to make booking decisions based on the availability of Wi-Fi offerings by airlines – even foregoing a preferred brand if the service isn’t up to par.

For one, it contributes to outstanding passenger experiences, where travellers will have access to a full suite of services on board their flights. That means they can stay connected to apps, emails, video streaming services and more, even while 30,000 feet in the air.

The resulting increase in data use will also enable airlines to learn more about their passengers, and in so doing, they are able to offer third-party advertisers and sponsors immensely targeted reach to this captive audience. With the numbers of advertisers using second- and third-party data set to rise to 64 per cent in the next two years, this rich data could prove very lucrative for airlines.

So is free inflight connectivity the way of the future?
Fitting the equipment on an aircraft can be a costly investment, and revenue from selling the service may not immediately recoup on the initial investment or cover ongoing costs, which explains why some airlines are still hesitant to jump on the bandwagon.

In fact, a study carried out by London School of Economics and Political Science, in association with Inmarsat, found that inflight broadband will be a US$130 billion market by 2035, and airlines will generate an additional US$30 billion in incremental revenue. The research also identified that inflight broadband has the potential to potentially unlock a US$52 billion market within Asia-Pacific by 2035.

However, the rewards for providing free inflight connectivity can be great.

Some airlines are taking the initial steps of de-monetising the technology through a tiered system. Believing that speed and security features matter to users, travellers are offered “free-mium” packages where they receive basic services free of charge, but pay for premium offerings as required.

Others, like Air New Zealand, have also begun moving away from monetising its connectivity service through selling sessions, and have seen the bigger picture in not just offering the best passenger experiences, but capitalising on the huge potential to earn ancillary revenues as well. Not to mention, many airlines have also been relying on third-party sponsorship to compensate the costs of installing and operating inflight broadband.

With a growing appetite for connectivity, and increasing justifications for providing it free of charge, there’s no doubt that we’ll continue to see airlines around the world follow suit, but how long before it becomes a universally enforced practice is something we’ll have to wait and see.