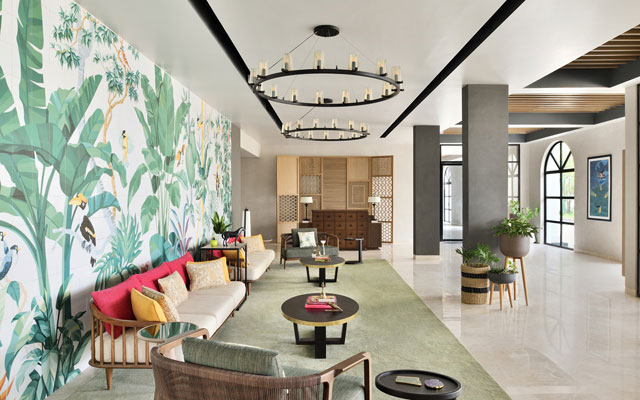 Aston Kartika Grogol Hotel & Conference Center, Indonesia
Archipelago International has added the Aston Kartika Grogol Hotel & Conference Center to its portfolio. Located in Grogol, West Jakarta, the hotel offers 189 keys across four categories and facilities such as a rooftop restaurant, fitness centre, spa, swimming pool and executive lounge. The hotel is also equipped with a ballroom that can accommodate more than 2,000 guests in cocktail-style – the biggest in the West Jakarta area – and eight smaller function rooms. SureStay Plus by Best Western AC Luxe Angeles City, Philippines
Best Western Hotels & Resorts has opened its first SureStay-branded property in the Philippines. Located on Surla Street – one of the main thoroughfares in downtown Angeles City – the hotel is surrounded by the SM City Clark mega-mall, PAGCOR casino and Fields Avenue walking street. There are 56 guestrooms available, as well as facilities such as an outdoor pool, restaurant, complimentary daily breakfast and Wi-Fi. The Royal Park Canvas Ginza 8, Japan
The 14-storey property – flying the Royal Park Hotels flag – stands in the midst of Ginza, Tokyo’s high-end shopping district. There are 121 keys here across five room types, and includes two concept rooms each with its own special theme, named the Ginza Modern (inspired by an apartment from the 1930s) and Creator’s Stay (a minimalistic space).

Amenities on-site include a tea salon and bottle shop on the first floor; a music library on the second; the Canvas Lounge and Kitchen which acts as a communal space; as well as the all-day dining restaurant Opus curated by Michelin-starred chef Yusuke Namai on the rooftop. Port Muziris, A Tribute Portfolio Hotel, India
Marriott International has opened Port Muziris, A Tribute Portfolio Hotel, in Kochi, marking the debut of the brand in India. The art-driven hotel in the Kerela port city boasts 54 rooms, including two Executive Suites, and stands a mere 300m from the Cochin International Airport. Recreational amenities include a swimming pool, pool bar and fitness centre. Other amenities include a 1,649m2 banquet and meeting space, and two F&B venues – all-day dining outlet Lila’s Kitchen, and Kettle for quick bites and drinks.