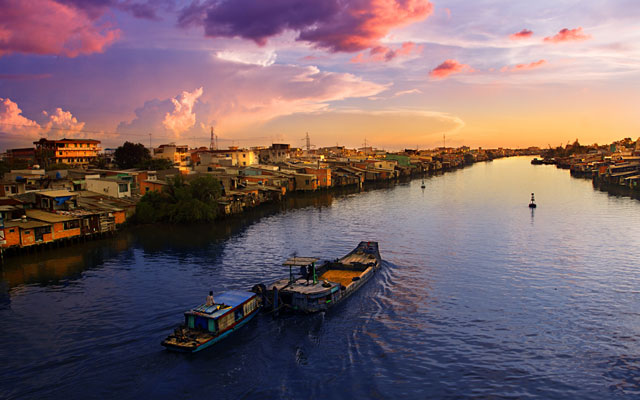 Vietnam may be a rising destination in South-east Asia’s tourism landscape, but travel sellers at the recent Thailand Travel Mart Plus (TTM+) are not concerned about the competition it may pose to tourism heavyweight Thailand – at least not yet.

Nicola Scaramuzzino, Thailand country manager for Panorama Destination, thinks other South-east Asian countries offer “more incentives than competition” to Thailand. Furthermore, he contends that it’s comparatively harder to spend two weeks in Laos or Cambodia than Thailand, where tourism offerings are much richer and diverse.

Sharing similar views, Tobias Fischer, director of business development at Go Vacations Thailand, remarked: “Vietnam definitely has more authentic experiences which are harder to find (in Thailand), but Thailand is diverse. There’s no better repeater destination than Thailand in this region.

“I don’t think Vietnam takes visitors away from Thailand but adds to overall South-east Asia’s appeal,” he stressed. However, Vietnam’s growing international flight connections have also made combination tours with Thailand a thing of the past, acknowledged Fischer.

It’s also Thailand’s friendlier policies towards foreign travellers that make it a more attractive destination than its regional counterparts, overseas buyers at TTM+ pointed out.

“I don’t think Vietnam will be a threat to Thailand for quite some time yet. Thailand is seen as a ‘flop and drop’ destination for Australians. With its visa-free entry policy for Australians, they can just turn up in the country any time,” said Simone Nankervis, product manager of Fusion Holidays Australia.

Thailand is still “selling much better” than Vietnam, which is “a new and slowly emerging destination” for the Australian market, Nankervis told TTG Asia. And Bali, which direct connections from most parts of Australia, poses a stronger competition to Thailand than Vietnam, she added.

But not all buyers at TTM+ are quick to write off the threat from other up-and-rising destinations in South-east Asia though.

David Kevan of UK-based Chic Locations observed: “Bookings are holding up for Thailand but the gap between the top three is narrowing month by month, with both Vietnam and Indonesia pushing Thailand hard.”

Despite Indonesia losing a direct connection in Garuda Indonesia’s Jakarta-London service, Kevan still sees competitive pairing of destinations such as Singapore-Bali for the UK market.

What he urges for Thailand is more controlled development and less complacency from the authorities as the country struggles with ever-growing arrival numbers.

“The fire haze created by farmers in the country’s north has hit demand for the region, and in many resorts in the south the beach and sea pollution is making clients search for alternatives,” he stressed.

“But there seems very little real desire to improve the situation, it’s finger pointing at other departments, shrugging of shoulders and acceptance of that is how it is. Great pity as Thailand is better than that,” lamented Kevan.

Go Vacations’ Fischer also recognises that competition is no longer confined to Thailand’s immediate neighbours. Competition to the destination also comes from Tunisia, Turkey, Egypt and Mediterranean, which have come back on the travel radar for European travellers, and with attractive rates to rival Thailand’s to boot.