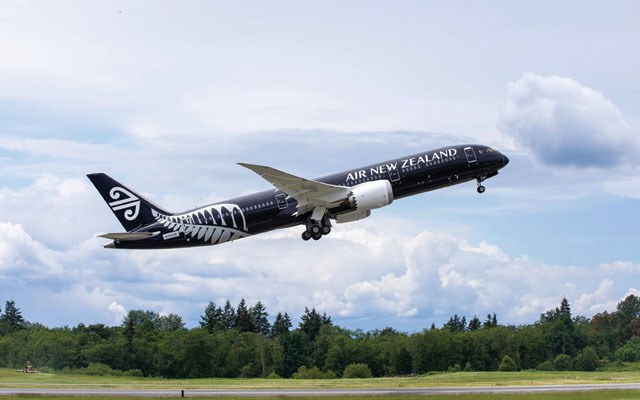 WHY
Air New Zealand was the first airline to fly the Boeing 787-9 Dreamliner aircraft in 2014. In 2017, Air New Zealand refreshed the cabin configuration by adding more seats to its two top classes in response to greater demand for these categories, particularly among longhaul travellers. The carrier’s Dreamliner planes now boast 27 business premier seats (up from 18) and 33 premium economy seats (up from 21).

Operating a daily service between Singapore and Auckland, the airline will launch seasonal flights to Christchurch from Singapore with the newly configured Dreamliner aircraft in December 2019. WHAT
Air New Zealand offers four classes on board the B797-9 Dreamliner. The business premier features fully lie-flat beds, while premium economy seats are arranged in 2-3-2 configuration with a pitch of 41-42 inches and a nine-inch recline. The seat is 19.3 inches in width and five-inch wide armrest.

The economy class has a 3-3-3 configuration. The seat is 17.2 inches wide with a pitch varying between 31 and 33 inches, and a five inch recline.

The aircraft also features the Economy Skycouch, which is a row of three economy class seats turned into a couch after take-off. These seats are located on the left and right sides of the cabin. HOW
Flying in premium economy, my black leather-upholstered seat was comfortable, offering ample space to stow my handbag and laptop under the seat in front of me. The stretched footrest allowed me to rest my petite feet throughout the flight.

I like the fluffy bedroom-sized pillow, which supported my head nicely when I adjusted the seat to its maximum reclining position for sleeping.
The personal touch screen in widescreen format serves both as an inflight entertainment device and an assistant. All information, whether it’s a tutorial on maximising our seats, flight details, weather at destination, cabin crew call button and personal light button, are located on the screen.

During my evening flight to Auckland, I watched Aquaman during the first few hours of the meal service period and used the rest of the flight to sleep. My return flight, however, was a day flight so I could enjoy more films and some music.

In-flight entertainment does not have to be enjoyed alone on this flight. I had the option of enjoying the entertainment with company, simply by touching the Screen Share button. The Seat Chat button allowed me to chat with my fellow passenger on board.

A handheld remote is tucked beneath the armrest, while a power point and USB connection are also available to charge my gadgets.

The meals on board were fresh, tasty and generous in portion. I ordered diabetic meals and the catering team was creative in turning the limited variety of ingredients into tantalising meals.

Besides the two meals and a snack offered, passengers can also order crackers and cookies anytime during the flight. Wine lovers can also enjoy the wide range of quality New Zealand wine selections from the inflight cellar.

VERDICT
A business premier seat would be an ideal choice for a longhaul flight, but Air New Zealand’s premium economy does not pale in comparison, especially when it comes to the perks. Travellers get priority check-ins, free standard seat selection, two pieces of carry-on baggage for up to 7kg each and two pieces of checked baggage for up to 23kg each. Onboard, travellers also get an amenity kit with toiletries and comfort items inside.