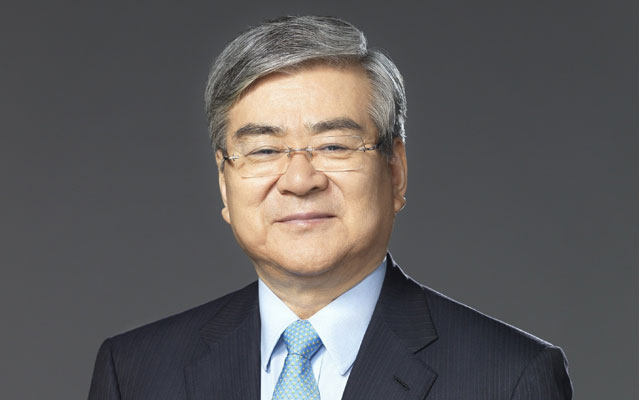 He was a founder of the Skyteam international airline alliance and led the bid committee that brought the 2018 Winter Olympics to South Korea. He recently completed development of the Wilshire Grand complex in downtown Los Angeles, the tallest building west of the Mississippi.

He served on the board of governors of IATA; the board of trustees of his alma mater, University of Southern California; and has received honorary doctorate degrees from Embry Riddle Aeronautical University (Florida) and the Ukraine National Aviation University.

Under his guidance, Korean Air became a global powerhouse flying to 124 cities and 44 countries, emerging as America’s largest Asian airline with 15 North American gateways. He recently negotiated a joint venture with Atlanta-based Delta Air Lines, creating what’s said to be the industry’s most comprehensive transpacific network. The airlines are scheduled to launch a new non-stop route between Boston and Seoul on April 12.

Cho was in the airline industry all his life, with his father Choong-Hoon Cho having acquired and privatised Korean Air 50 years ago. The younger Cho was named the airline’s chairman and CEO in 1999 after serving as president and CEO four years earlier. Cho began working for Korean Air as a manager in the Americas Regional Headquarters in Los Angeles in 1974 after graduating from University of Southern California.

He has been recognised with accolades including Grand Officier’ in France’s Légion d’Honneur, Polaris in Mongolia and also the Mugunghwa Medal in Korea – all of which are the highest order of civil merit awarded in these countries.