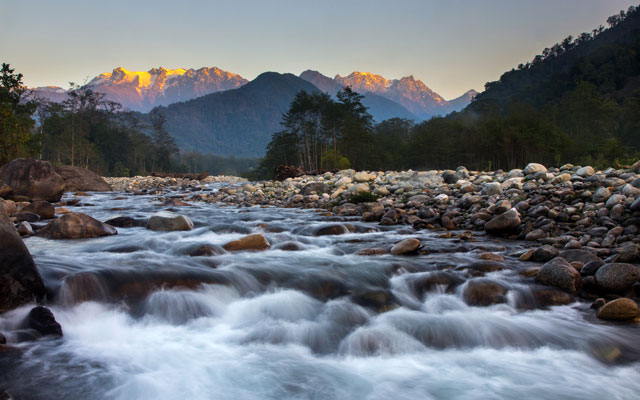 The Myanmar trade is taking on a more positive outlook of the European market, as they believe that the plunge in Western visitor numbers to the country due to the international media coverage of the Rakhine conflict has bottomed out.

“2018 was a challenging year, but we saw improvement in January 2019, with five per cent drop (in European numbers) instead of a 35 per cent (drop for same period last year),” she said.

Edwin Briels, managing director of Khiri Travel Myanmar, is also observing an uptick in interest in Myanmar from the Netherlands and Scandinavian markets since January this year.

“These are more conservative markets, but even families are asking about Myanmar. If family trips are coming back, everyone is coming back,” he remarked.

This positive sentiment is providing impetus for Myanmar tourism to step up its charm offensive at ITB Berlin. The Myanmar Tourism Marketing (MTM) yesterday launched the 9 Enchanting Discovers of Myanmar, highlighting the country’s diversity of attractions and natural beauty by focusing on nine lesser-known destinations of Kyaing Tong, Loikaw, Mergui Archipelago, Mogok, Mt Victoria, Mrauk U, Putao, Hpa An and Hsipaw.

Minister of hotels and tourism Ohn Maung told TTG Asia that the latest campaign, which will leverage digital media to target different groups and segments, will place a stronger emphasis on experiential travel.

“Myanmar is not just a cultural destination; there’s more than the classic four of Yangon, Mandalay, Bagan and Inle Lake,” he stressed.

Austria, which has greater market awareness of Myanmar thanks to heavy marketing of the country since some 15 years ago, is flagged as a “niche market”, particularly for trekking and diving, according to the minister.

Ohn Maung also shared that several European governments, including Czech Republic and Poland, have submitted formal requests for visa-on-arrival for their respective citizens into Myanmar.

In response, the Myanmar government is currently planning visa relaxation to selected European markets to facilitate travel as well as investment into the country.

Meanwhile, Scandinavian airlines have also indicated their interest in launching flights to Ngapali, and in response the Myanmar government is now upgrading the domestic airport in Ngapali, plus four others in Kawthaung, Dawei, Heho and Pakkuko, into international ones.