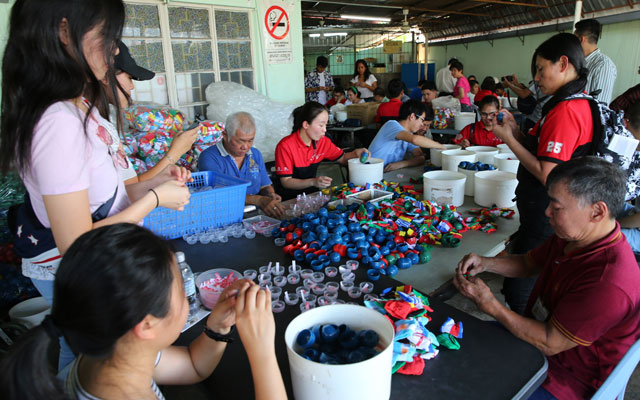 This initiative featuring complimentary shore experiences allows passengers to participate in a series of voluntary activities across various Asian communities in different destinations.

The campaign first made its debut on Genting Dream during a three-night round-trip cruise (February 24-27, 2019) that departed Singapore to Penang and Phuket. It will be gradually rolled out across the Dream Cruises and Star Cruises fleet region-wide.

During the inaugural Cruise Voluntourism with Genting Dream, participants were invited to The Eden Handicap Service Center in Penang, where participants interacted and got to know the residents of the centre and also engaged in light maintenance around the facility, among other activities.

On the following day, when Genting Dream arrived at its next destination in Phuket, participants travelled to the Baan Kalim School – a school that was rebuilt when it was largely destroyed by the December 2004 tsunami. Participants had the chance to meet the students and helped to repaint the library and the meeting room, and children’s books were donated to the school’s library.

Dream Cruises and Star Cruises are offering Cruise Voluntourism options on selected departure dates, and will offer at least one voluntourism opportunity at designated destinations.

Itineraries will offer a wide variety of activities for guests to volunteer and donate their time including environmental conservation, cultural preservation, and supporting various institutions such as local schools, orphanages, seniors’ homes, handicapped centers, as well poverty relief efforts and more.