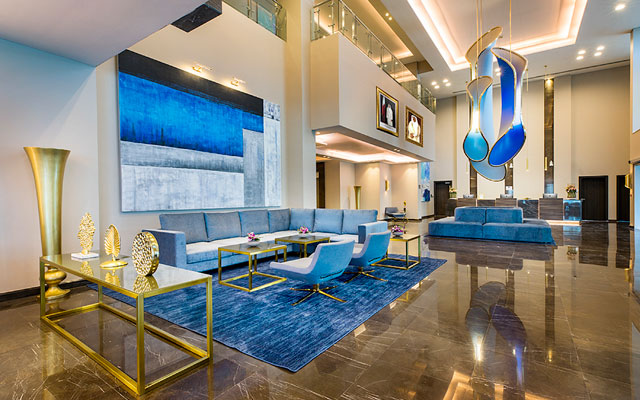 With a plan to double its portfolio to more than 130 properties by 2022, Thailand’s Centara Hotels and Resorts has revealed that expansion will involve going international and introducing a new luxury brand.

Since launching its five-year plan in late-2017, Centara has increased its 57 hotels to 68 in the last year. In 2019, it has set a goal of adding 22 properties to its swelling portfolio.

The latest to open is Centara West Bay Residences and Suites in the capital of Qatar, Doha. This marks Centara’s entry into its sixth country. A second 509-key Centara Grand property is slated to open in Doha before 1Q2020, with other projects planned or under development in Turkey, Cambodia, Indonesia and China. Four properties are slated to open in Laos by 2020.

Markland Blaiklock, Centara’s deputy chief executive, said: “Our vision is to go global and we are moving in that direction.” He added Centara is hoping to secure its first property in Japan.

As part of its expansion plans, Centara is creating a luxury line of hotels to add to its six current brands. This will feature new luxury properties while also upgrading existing hotels. Centara’s heritage property in Hua Hin will be the first hotel to be renovated and repositioned as a classic luxury property. A new wave of contemporary lifestyle luxury resorts and hotels will also be added, with the first expected to be launched in Koh Samui.

Said Blaiklock: “Some inspiration has come from what we see in (the Middle East), where we see a real opportunity to grow in the luxury area. The Hua Hin old railway hotel will be fully renovated and repositioned at a luxury level as an introduction into traditional luxury. We also plan to move into contemporary lifestyle luxury and are working on a project in Pattaya. We hope that will go ahead. If not, we will look elsewhere.”

Blaiklock said the brand concept is currently being developed.

Looking ahead, Centara plans to tap into the wellness market by developing a range of wellness products to be rolled out across the group. Centara is currently working on selecting a property to be included in the first launch list.

Said Blaiklock: “The new buzzword is wellness, and developing wellness retreats is in our plan.”

And it is looking to strengthen its presence in the Middle East, with discussions underway to open more properties in Oman. “This is a very important region with a lot of potential,” said Blaiklock.

He added the region serves as a gateway between the continents of Europe and Asia, with many of Centara’s clients using it as a stopover. Qatar will play a keyrole in Centara’s Middle East presence.

“We realise Qatar is still in early stages of development but Thailand not so many decades ago was too. It will take some time, but the elements of success are there.”

With huge growth on the horizon, this year will see Centara roll out new technology architecture across its hotels that includes new property management systems, a central reservation system and revenue management.

This year will also see Centara rebranded, with plans still being finalised before being unveiled to the public later this year. Upgraded digital platforms will also be launched in 2020.

Blaiklock said: “As we grow from 60 hotel to 130 hotels, we have to look at how we organise ourselves. It’s a very exciting time for Centara.”