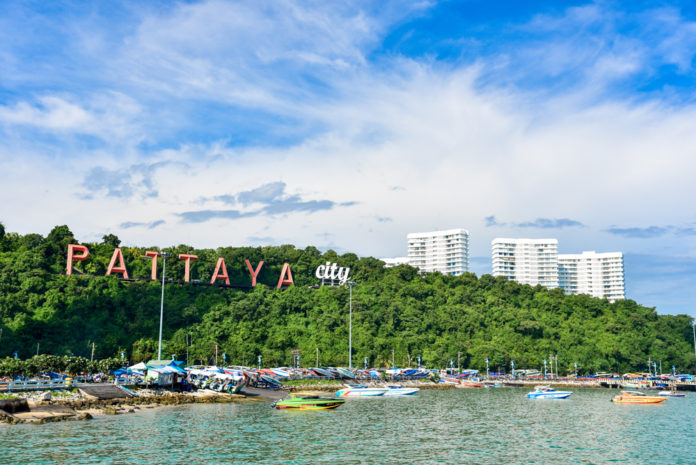 Thailand’s second largest tourism market, Pattaya, has pushed through the volatility hangover of the 2014 era, with its hotel sector now showing signs of rising stability.

According to the latest available data, strong demand from the Thai domestic sector accounted for 38% of hotel guests at Chonburi province accommodation establishments.

Greater Pattaya’s expanding gateway aviation hub of U-Tapao International Airport has been a critical stimulator of demand, where passenger arrivals over a three-year period rose at a compound annual growth rate (CAGR) of 79, according to a new report from consulting group C9 Hotelworks.

According to C9, the Thai government finalising plans for high-speed rail links between U-Tapao and Bangkok’s two airports, Suvarnabhumi and Don Mueang, is undoubtedly a game changer for the Eastern Seaboard area. New international routes into U-Tapao grew dramatically through the past three years as airlift arrivals increased significantly with a CAGR of 59%.

While the current number of accommodation establishments in Chonburi province is 1,046 with 81,607 keys, most of the growth is centred in Greater Pattaya. C9 Hotelworks report shows 11 new hotels in the development pipeline which accounts for 2,645 additional rooms.

C9’s managing director Bill Barnett said: “There is a substantial influx of branded select service and economy hotels including Holiday Inn Express, Ozo, Cosi and Citadines which are targeted at not only mainland China and India but regional South-east Asian markets.

“The impact of this new supply in the short to medium period will take time to absorb and likely create rate issues in the economy and midscale tiers, until such time as the EEC development becomes more pronounced. Though at the same time, Chonburi province last year racked up more than 16,000,000 hotel guests at accommodation establishments and there is little doubt that Greater Pattaya is moving into a broader tourism platform.”