With Halloween just around the corner, amusement parks from Hong Kong to Japan are creating eerie environments and spooking offerings to attract adrenaline junkies with heart-stopping scares. 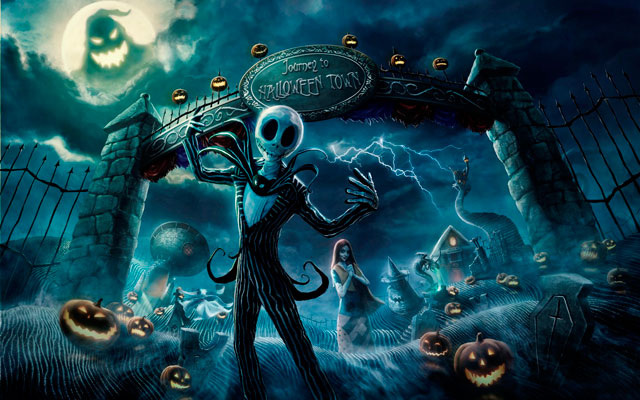 Attractions this year include Hong Kong’s first ever multimedia and interactive haunted attraction X-Dimension, which creates a frightful alternate dimension with the use of 360-degree interactive projections and 3D mapping technology; while Devil Seeker’s Tale will offer an interactive game that infuses augmented reality (AR) technology; and Mine Train will provide brand new virtual reality (VR) Halloween content.

This year, Ocean Park is collaborating with Sanrio for the first time to bring the world-famous Hello Kitty and other Sanrio characters to the Park, staging the largest ever HELLO-ween party in Hong Kong. Hong Kong Disneyland Resort
From September 13 to October 31, Disney will be running its Halloween special.

Get ready for an unforgettable journey, filled with iconic music and scenes from Tim Burton’s The Nightmare Before Christmas. Venture into Dr. Finklestein’s Lab, where Jack Skellington’s friend Sally is desperate for guests’ help. Beware of the evil Oogie Boogie, out to trap guests in his lair.

During the day, Mickey, Minnie and the gang will sport their brand-new Halloween costumes, but the park atmosphere turns ominous as the sun goes down, when fearsome Disney villains come out in force to join Villains Night Out! Chapter 3.

This year, Maleficent leads the malevolent Ursula, the Evil Queen and Jafar in the procession. They will be joined by Jack Skellington, Captain Hook, the Queen of Hearts and Cruella de Vil to cause merry mayhem as they march along Main Street, U.S.A.

In true Disney Halloween fashion, an extensive range of themed merchandise and F&B items will be available, along with spooky Halloween décor and fun-filled recreation activities across the resort’s three themed hotels.

Sanrio Puroland
Better known as Hello Kitty Land Tokyo, this park’s Halloween special will run from September 14 to October 31, 2018. The limited event at this Japan theme park will be split into a “kawaii” (cute) day-time and somewhat scary night-time schedule.

With the creative support of professional horror event producer, Obaken, visitors are invited to join the Sanrio Character Boat Ride in the dark without anywhere to escape to.

Following the day-time event parade (15.30 on weekdays, 16.30 at weekends and holidays), ghosts will run to the Ghost Pierrot’s Sneaking Horror House where they lurk for visitors who will be given the mission to escape.