The recent Pyeongchang Winter Olympics and improving North-South relations have ignited a host of developments for the once-secluded province of Gangwon, reports Pamela Chow 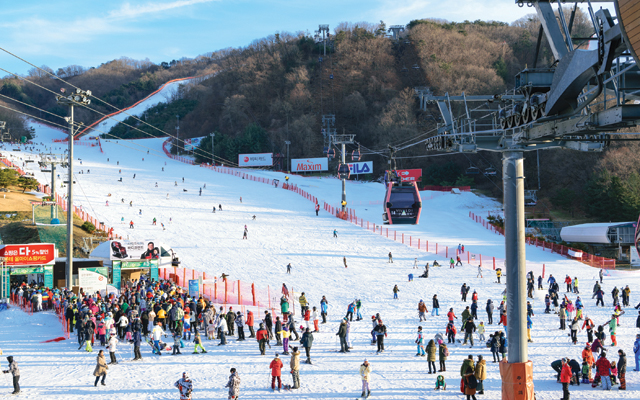 The Pyeongchang Winter Olympics and recent international affairs have launched the Gangwon province into a momentum of growth, with tourism stakeholders rolling out programmes and infrastructure expansion for the region.

Most notably, the games brought the high-speed rail (KTX) to the quiet seaside city of Gangneung. Travellers can now commute to and from Seoul in just 1.5 hours, compared to the previous 4.5 hours.

Some 2.4 trillion won (US$2.1 billion) was spent for the Pyeongchang Olympics, and of that 1.5 trillion won went towards social overhaul – including the construction of highways and cleaning up of streets – which “had a huge benefit for Gangwon as a whole”, he described.

Michael Kim, director franchise operations, South Korea, Wyndham Hotel Asia-Pacific, shared: “Sokcho and the whole of Gangwon have received huge benefits from the Olympic Games. Ramada Sokcho saw 100 per cent occupancy during the Olympic Games, and now reports an average of over 80 or 90 per cent. Tourism is booming in the Gangneung area too, so we have opened properties… such as in Chuncheon.”

Beyond the Winter Olympics, stakeholders believe that the improving North-South political climate has also instilled confidence in tourism to Gangwon, which lies along the border with North Korea.

Yoon Seung Hwan, Korean Tourism Organization’s (KTO) director of Singapore office, said the impression of North Korea as a safe destination is “getting better”, and that KTO is working to incorporate the Korean Demilitarized Zone into more tour itineraries.

He added that KTO is also promoting Gangwon as an outdoor destination through “complementary activities to skiing and more experiences using the new facilities”.

To support an anticipated visitor influx, Gangwon is working on expanding tourism infrastructure, said Chung. This includes facilities in the mountainous regions, a marine tourist complex on the east coast and Legoland Korea in Chuncheon.

Of the 100 million visitors to Gangwon annually, three million are foreigners. The province hopes to grow this to four million this year, and five million by 2020.

With the help of the upcoming international events, Chung is confident that arrival numbers will grow “beyond expectations”.