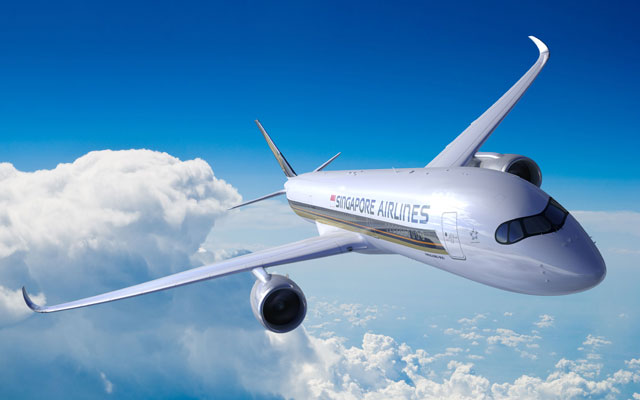 SIA’s New York flights to take off this October
Singapore Airlines (SIA) will launch the world’s longest commercial flights when its Singapore-New York service begins in October, covering a distance of approximately 16,700km in nearly 19 hours.

The route will be operated on the new Airbus A350-900ULR (ultra-long-range) aircraft, which will be configured in a two-class layout, with 67 Business Class seats and 94 Premium Economy Class seats.

Flights will begin on October 11 to Newark Liberty International Airport. The route will be served thrice weekly initially, departing Singapore on Mondays, Thursdays and Saturdays. Daily operations will commence from October 18 after an additional A350-900ULR aircraft enters service.

Non-stop Singapore-Los Angeles flights are also planned with the A350-900ULR, details of which will be announced at a later date.

The new routes will be the first non-stop connections Davao City and Medan will have with Hong Kong.

Air China flies to Hanoi from Beijing
On June 1, Air China will begin direct flights between Beijing and Hanoi.

The new service will be operated under flight numbers CA741/742 four times a week on Tuesdays, Thursdays, Fridays and Sundays.

AirAsia X steps up frequency to Honolulu
From August 16, AirAsia X will increase its Kuala Lumpur-Honolulu via Osaka flights from four-times weekly to daily.

Air France customers will also be able to access codeshare services from Sydney to five cities on the Australian airline’s domestic network including Canberra, Hobart, Adelaide, Cairns and Darwin.

Under the reciprocal deal, Qantas will add its code to flights operated by Air France between Singapore and Hong Kong and Paris-Charles de Gaulle, as a continuation of flights from Sydney, Brisbane, Melbourne and Perth.

The new agreement will see the two airlines codeshare on a total of more than 200 flights per week.