IATA’s new initiative is touted to introduce greater flexibility and transparency in payment for travel agencies, but agents are split over these benefit claims. 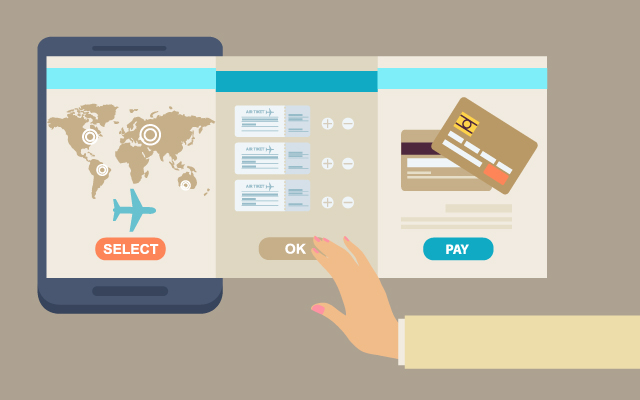 The IATA implemented the New Generation of IATA Settlement Systems (NewGen ISS) in Singapore on April 16, the first market in Asia-Pacific to see the roll-out, which will be followed by Australia, Cambodia, India, South Korea and the Philippines later this year. The NewGen ISS represents the “most extensive and ambitious modernisation” of the IATA Billing and Settlement Plan (BSP) since it was created in 1971 to facilitate the global distribution and settlement of passenger funds between travel agents and airlines, according to IATA.

What’s the deal?
“The thrust of NewGen ISS is aimed at safer selling accompanied by greater choice and flexibility of accreditation models and payment methods,” said Ian Lorigan, director of IATA’s Global Delivery Center in Singapore.

Agents can expect safer selling with the introduction of the Remittance Holding Capacity (RHC), which strengthens the prudential integrity of the BSP trading environment for all participants, said Lorigan.

A new voluntary financial security system, Global Default Insurance (GDI), will be a cost-effective and flexible alternative to bank guarantees and other types of security.

With the exception of RHC, the major precepts of NewGen ISS are opt-in, he pointed out.

Assessing benefits for agents
A check with travel agents across Asia on their reception of the IATA NewGen ISS threw up differing opinions.

She elaborated: “The GDI is also an added alternative feature which gives us choice in arranging our financial security options with IATA. This may release more cash for the business, which are currently used as security for banker’s guarantee (BG) if the cost is affordable.”

Charming Holidays Hong Kong’s general manager David Chau, on the other hand, is concerned about having to fork out extra cash for BG, which could affect SMEs’ cash flow.

“Since the BG amount is based on the volume of tickets, so the more tickets issued, the more BG for agents to bear. Big agencies like us only paid the corporate guarantee in the past, so our cost will be jacked up by the agent’s BG. Additionally, we are not sure if airlines will also request BG from agents in future. If so, it means double BG payments.”

“It also means a more transparent system where the agent’s handling fee will also be revealed to the customer if payment is made from the customer’s credit card,” he noted.

However, greater transparency for customers does not necessarily translate into better benefits for travel agents though, noted Thangavelu.

“If airlines give agents a commission on air tickets sold, then this new system is all right. In the current scenario, where there is no commission and agents need to do a mark-up for their services to the customer, then I don’t see how it benefits the travel agent,” he explained.

“Personally, I like using the current system where the agent’s handling fee is not revealed to the customer,” Thangavelu continued.

“(The new system) means faster settlement of payments to the airlines”, he remarked. “This is the whole crux of the matter – both the airlines and IATA want to get the money earlier.”

Sharing similar sentiments, Luxury Tours Malaysia’s director, Arokia Das, said he would appreciate getting more information from IATA  to overcome misgivings about the new system. “Today, whatever is happening in the ticketing industry is all geared towards helping the airlines, not so much the travel agent.”

A ‘balanced’ system
In response to the agents’ feedback, Lorigan stated that the NewGen ISS will bring “a balance of benefits for all participants”.

“For the vast majority of travel agents, NewGen ISS will have no impact on the financial security requirement. Agents can choose to provide additional financial security to increase their RHC on a voluntary basis. Agents that reach their RHC still have the option of using IATA EasyPay or a customer card,” he added.

As well, Lorigan insisted that travel agents need not worry that NewGen ISS would reveal their handling fees to their customers.

The NewGen ISS was developed in consultation and communication with industry stakeholders at both the global and individual market level, he said. In the lead-up to the programme launch in Singapore, IATA had engaged in detailed communication with travel agents and airlines, culminating in on-site workshops for the participants.

“Industry engagement and communication will continue in the same vein as we roll out (NewGen ISS) in markets throughout Asia Pacific and around the world,” Lorigan said.

The full roll-out is expected to be completed in 1Q2020.