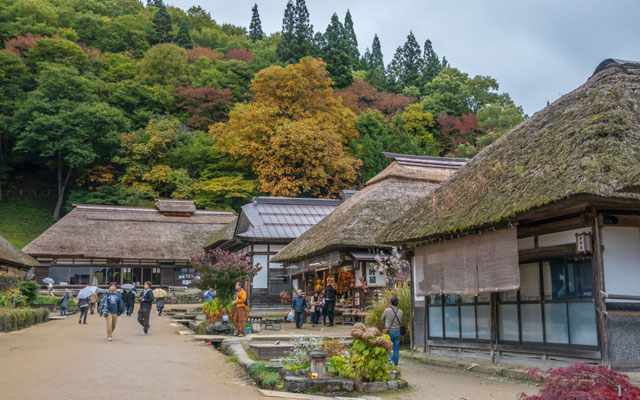 Nearly seven years after the triple disasters of earthquake, tsunami and nuclear meltdown virtually crippled Fukushima’s tourism industry, the number of foreign overnight travellers has recovered to levels last seen before the disaster.

In the first 10 months of calendar 2017, a total of 78,680 foreign visitors spent at least one night in the prefecture, surpassing the 77,890 visitors in the same period in 2010. Final statistics for the full year are not available, but prefectural authorities expect the 2017 figure to eclipse 2010’s figure of 87,170 foreigners who stayed in the prefecture.

Visitor numbers collapsed in the months after the March 11 earthquake and a mere 23,990 foreigners stayed in calendar 2011.

“We have been working with the Fukushima government to promote the prefecture at international events, focusing on events in countries where we have already seen visitor numbers recover, such as Taiwan, Thailand and Australia,” said Kazuhiko Yoshioka, director of overseas promotion for the Fukushima Prefecture Tourism and Local Products Association.

Yoshioka shared that the organisation plugs the prefecture’s samurai history, onsen, fruit, scenery and seasonal highlights as part of overseas promotion. Information on the destination is also shared online.

“Getting the message across can be difficult,” he admitted. “We have found that the best way to overcome worries about safety is to ensure that up-to-date and accurate information is accessible and then to share that information as widely as possible.”

Travel operators concur that visitor numbers have bounced back strongly.

Paul Christie, CEO of Walk Japan, said the company’s walking tour in the footsteps of famous poet Basho in Tohoku are “selling very well – so well, in fact, that they are sold out months in advance.”

“We have found that whatever problems happened in Fukushima seven years ago are no longer in the forefront of people’s minds,” he said. “I have been quite surprised, but it is really not an issue for the vast majority of people.”

At Nippon Travel Agency, Kaho Mori, assistant manager of the inbound division, observed: “There is interest in Fukushima Prefecture as part of our tours of the Tohoku region. We are getting a lot of interest in that part of the country from visitors from North America, although less from European countries.”