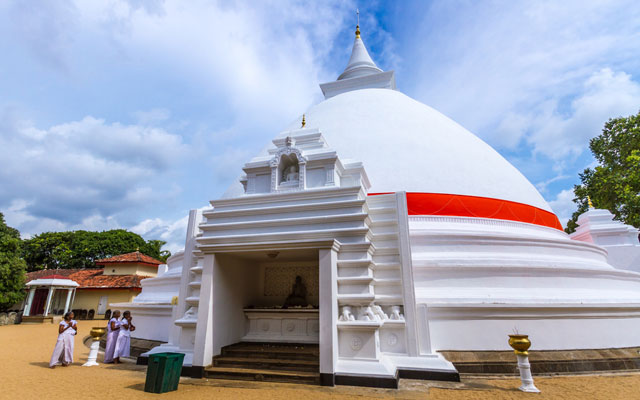 Aiming to double Indian arrivals in the next couple of years, the Sri Lanka Tourism Promotion Bureau (SLTPB) is looking to up the ante in India through a mix of digital marketing and B2B shows to capture market share from competing destinations in South-east Asia.

As part of its digital focus, the tourism bureau has invited bids for a US$700,000 digital advertising campaign for the Indian market which it expects to introduce in May this year.

“The digital advertising campaign in India will run for six months. In the past we have focused on electronic platforms to create a buzz but going ahead our impetus will be on digital marketing,” said Sutheash Balasubramaniam, managing director of SLTPB.

SLTPB is looking to push niche segments including golf, adventure and Ramayana trails – 50 sites mentioned in the Hindu epic.

“Nearly 25 of these sites are accessible. We have recently shot a high definition TV documentary to highlight stories related to these sites. We are working with scholars in India and Sri Lanka to develop literature that can present the right stories related to Ramayana. We will be educating Indian travel agents about the Ramayana trails through fam trips and roadshows,” said Balasubramaniam.

He added that the NTO expects to push the average length of stay of Indians, which is presently five to seven days, to 10 days by promoting lesser explored products like Ramayana trails.

The tourism board is also working to take on competition from South-east Asian destinations, including through the five or six roadshows it has planned for metro and non-metro cities.

“The number of Indian outbound travellers to Sri Lanka has increased over 17 per cent in the last six to seven years. Indian tourists have for a long time been visiting South-east Asian destinations while Sri Lanka is comparatively newer,” said Balasubramaniam.

To better compete, the bureau is enhancing cooperation with private players to come up with packages, shared Viranga Bandara, SLTPB’s assistant director of marketing, India/SAARC region, adding that it brought 52 companies to the recently concluded SATTE 2018, up from 42 last year.

“We expect a lot of Indians considering the proximity and unique products like Ramayana Trail that are not present in any other regional competitors. We as a company handled about 2,000 pax from India last year, double the numbers over the previous year,” said Anton Perera, managing director, Relax Lanka Tours.