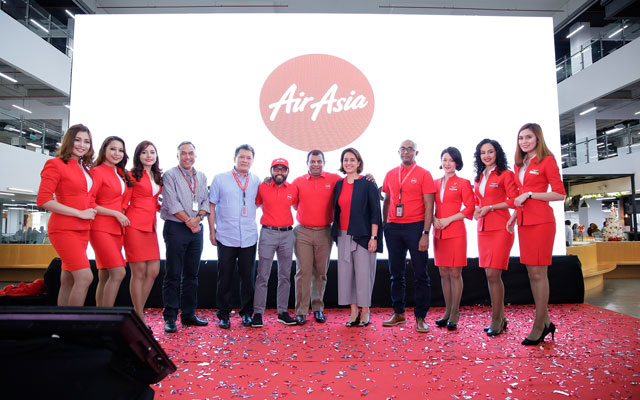 AirAsia Group is making a series of changes to its senior leadership effective January 10, which it says is in line with its new digital strategy.

The group said Aireen’s appointment signals its determination to transform from an aviation company into a digital corporation, as well as underline its intention to restructure priorities to maximise the potential of the Fourth Industrial Revolution.

Additionally, Aireen will oversee large, strategic groupwide initiatives and help transform AirAsia into a global, cloud-driven product and platform company. Aireen will be responsible for AirAsia’s digital strategy, promoting innovation throughout the group and encouraging collaboration across AirAsia’s businesses and markets.

She will also continue to lead the corporate services sector for the AirAsia group, which includes risk management, government affairs and corporate development.

Before she was promoted to her current role as CEO of AirAsia Berhad, Aireen joined AirAsia in January 2006 as director of corporate finance, and her portfolio expanded to also include treasury, fuel procurement and investor relations functions. She was then promoted to regional head of corporate finance, treasury and investor relations, and was also member of the Safety Review Board.

He assumed his current position on January 2, 2015 with overall responsibility for the safe and efficient operation of AirAsia aircraft by overseeing pilot recruitment, training and operations as well as cabin crew, ensuring compliance with national and international regulatory requirements and procedures.

Rozman Omar, current deputy group CEO, strategy and MNA has been appointed to the role of executive director of AirAsia International Limited, a holding company of all AirAsia group investments in its overseas joint ventures.

As well, Riad Asmat has been named the new CEO of AirAsia Berhad, reporting directly to Lingam. Prior to his appointment as CEO, Riad was director for corporate planning, strategy & business development, Naza Corporation Holdings, and grown the company across functions in automotive, property and construction.