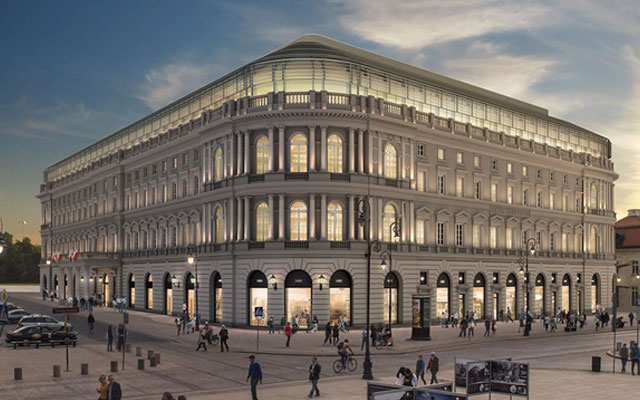 A 160-year-old landmark in Warsaw will in early 2018 become home to the Raffles Europejski Warsaw.

Situated on the Royal Route, neighbouring the cobbled streets of the Old Town, the hotel will feature 106 guestrooms featuring oak floors, a corner library and curated Polish art by Anda Rottenberg and Barbara Piwowarska.

The hotel is said to boast some of the largest rooms in the city, with the Raffles Suite at 293m2.

Facilities at Raffles Europejski Warsaw include a six-treatment-room spa, pool, a signature restaurant that extends out onto Piłsudski Square, Long Bar and Humidor, complete with a patisserie.

Thomas Guss – a third generation hotelier born in Germany and brought up in Paris – has been named general manager of the hotel. He brings with him five-star hotel experience in countries such as mainland China and Berlin.