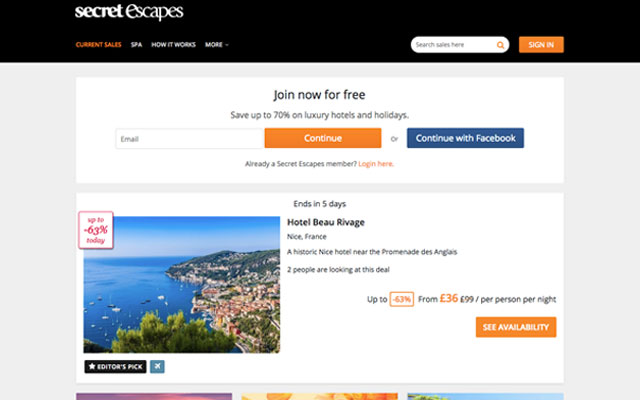 London’s Secret Escapes has closed US$111 million in a series D funding round led by Singapore’s Temasek along with existing investor Idinvest Partners, according to media reports.

With the additional funding, the luxury travel flash sale marketplace has now raised almost US$153 million in capital since inception in 2010, reported a Venture Beat article. The company aims to use newly secured capital to continue accelerating growth through acquisitions, chief executive Alex Saint was quoted as saying.

The article listed recent acquisitions counting Germany’s JustBook in 2014, the UK’s MyCityVenue the same year and the Czech Republic’s Slevomat this year.

Secret Escapes currently operates in 21 areas in Europe, Asia and the US with 47 million members worldwide.