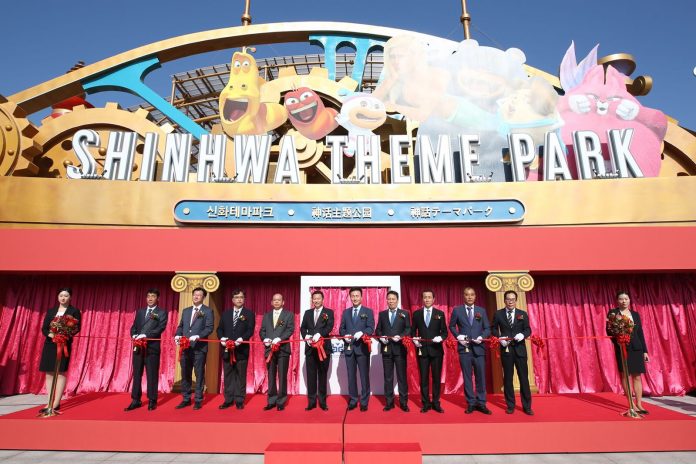 A theme park in the Jeju Shinhwa World integrated resort has opened its doors to guests.

Shinhwa Theme Park is developed in collaboration with South Korean animation company TUBAn, based on its 3D animated characters such as Larva, Wingle Bear, Buck and Oscar.

The 250ha integrated resort park been opening in phases, including the launch of the full-serviced resort condominium Somerset Jeju Shinhwa World last April.

Jeju Shinhwa World targets an official launch in December, when other facilities including a Marriott resort, restaurants and food streets, retail mall and foreigners-only casino are scheduled to open.