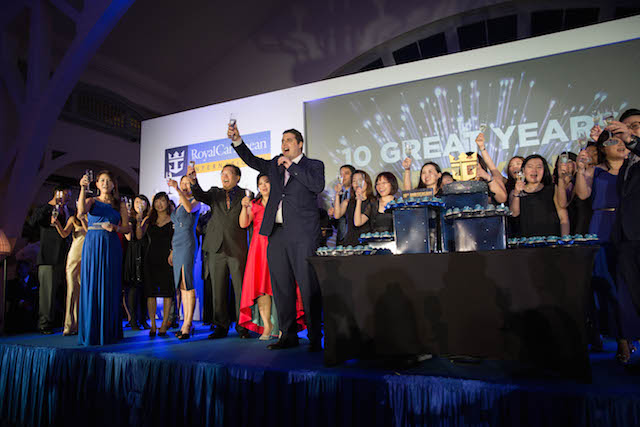 The celebration saw the participation from over 150 trade, media, corporate and government partners from the region, who were treated to multiple display visuals and videos featuring the company’s milestones. In the last decade, the cruise line has expanded its regional footprint from just one office in Singapore to six across Asia-Pacific and from one to three ships for its fleet in Singapore today, said managing director for Asia-Pacific, Sean Treacy.

In the unveiling of the cruise company’s TVC ‘Where Everyone Gets What They Need’, guests also got a virtual experience of cruise features via the newly launched head-mounted display virtual reality headset – the Holideck.