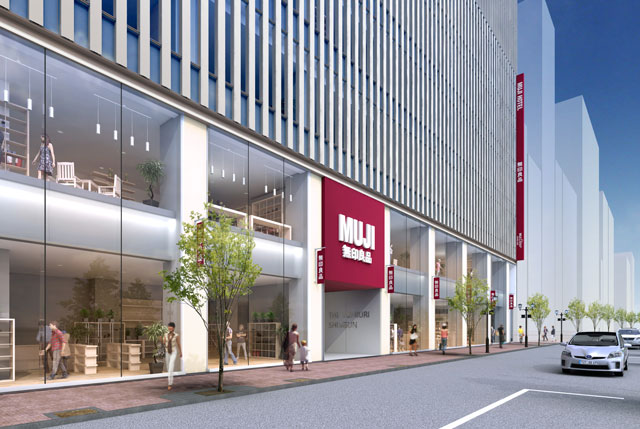 Ryohin Keikaku, the company behind the Japanese retail giant, will be the main tenant in an upcoming retail and hotel complex developed jointly by Mitsui Fudosan and national newspaper Yomiuri Shimbun. Concept art for the Ginza complex

The hotel will occupy the sixth to tenth floors of the building and sit above a Muji global flagship spanning the first basement to the sixth floor.

Ryohin Keikaku will provide the total concept and interior design including the supply of furniture and amenity goods while the rest of the designing and operation will be carried out by design firm UDS.

Late last year, Shenzhen Investment too announced it was collaborating with Muji to bring the world’s first Muji “three-in-one” concept comprising a 79-room hotel, a 2,700m2 retail store and 120-pax restaurant. The project is expected to open late this year in the Upperhills, in the central Futian district of Shenzhen.