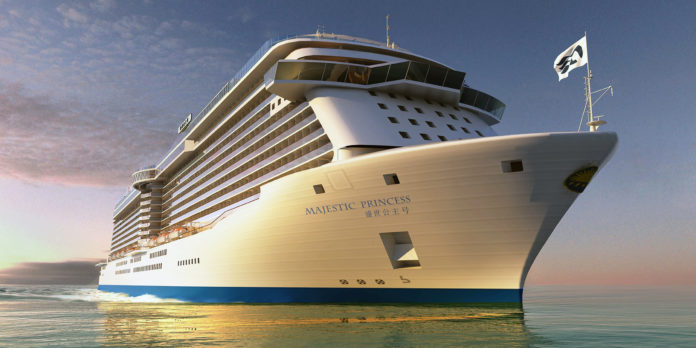 Princess Cruises’ star vessel, the Majestic Princess, will embark on the 49-day Silk Road Sea Route come May 21, sailing from Rome to Shanghai, its new homeport in China where it will begin its Asian programmes on July 11. Princess Cruises has also been investing its operations in China.

Arnold Donald, president and CEO of Carnival Corp, the mother company of Princess Cruises, said: “Princess Cruises has placed China foremost in the company’s deployment plans due to the market’s burgeoning economy and increasingly discerning travelers seeking a premium cruise vacation. I’m confident that China will rank among the largest source regions for cruises and Princess will continue to grow in this prosperous market.”

To better serve China’s savviest travellers, Princess Cruises runs the Master Council Program that calls upon a group of Chinese celebrities to work with the company to obtain insights on how to best deliver tailored luxury experiences for Chinese passengers.

According to Wang, Princess Cruises has established three homeports in China – Shanghai, Tianjin, and Xiamen – since entering the market in 2013. In 2016, the number of Chinese cruisers with the Princess Cruises brand had leapt by 131 per cent, and the company expects to see a 59 per cent growth in the market this year.