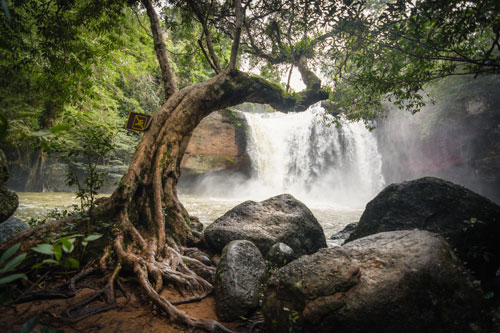 Round up of the 37 sites in South-east Asia that sport the UNESCO World Heritage label. Plus, agents weigh in on the state of tourism at these sites and other locations they think should make the cut 1. Angkor – Constructed by Khmer King Suryavarman II between 1113 and 1150, the long-standing symbol of Cambodia has more than 3,000 apsaras (celestial nymphs) carved into its stone walls.

2. Temple of Preah Vihear – Dating back to the 9th century, the Hindu temple – constructed along an 800m-long north-south axis – stands atop a 525m-high cliff in the Dangrek Mountains near the Thai-Cambodian border.

3. Komodo National Park – Located in Nusa Tenggara, the park covers more than 1,800km2 and comprises three major islands – Komodo, Rinca and Padar. It is the only place in the world where Komodo dragons are found.

4. Borobudur Temple Compounds – Built in the 8th and 9th centuries during the Syailendra Dynasty, the 29m-high step pyramid in Central Java has more than 500 Buddha statues perched all around.

5. Prambanan Temple Compounds – Dating back to the 10th century, this large Hindu complex features three temples decorated with reliefs illustrating the Ramayana epic, dedicated to Shiva, Vishnu and Brahma, and three temples to the animals which serve them.

6. Ujung Kulon National Park – This park in Java’s Banten Province is one of the natural world’s best-known examples of recent island volcanism with its ongoing geological evolution since the 1883 Krakatau eruption. It is also home to the critically-endangered Javan rhinoceros.

7. Cultural Landscape of Bali Province: the Subak System as a Manifestation of the Tri Hita Karana Philosophy – This inscription comprises five rice terraces and their water temples that cover a total of 19,500ha. The temples are the focus of a cooperative water management system of canals and weirs, known as subak, which dates back to the 9th century.

8. Lorentz National Park – This 2.4 million-ha park stretches for over 150km from Irian Jaya’s central cordillera mountains in the north to the Arafura Sea in the south, and contains a range of ecosystems from snow-capped mountain peaks to lowland wetlands.

10. Sangiran Early Man Site – Situated 15km north of Solo in Java, the site rose to prominence thanks to the discovery of more than 100 Homo erectus remains and associated stone artefacts. These fossils show human evolution process during the Pleistocene period.

11. Town of Luang Prabang – Built on a peninsula formed by the Mekong and the Nam Khan Rivers, the ancient capital boasts a fusion of traditional Lao architecture and colonial structures built by the Europeans in the 19th and 20th centuries.

12. Vat Phou and Associated Ancient Settlements within the Champasak Cultural Landscape – At the base of the Phou Kao mountain in southern Laos, the Vat Phou Temple complex is more than a millennia old with well-preserved ruins of temples, shrines and waterworks dating from the 5th to 15th centuries.

13. Gunung Mulu National Park – Occupying some 53,000ha, the park is located on the island of Borneo in Sarawak. It is dominated by Gunung Mulu, a 2,377m-high sandstone pinnacle, and has caves measuring at least 295km long.

14. Kinabalu Park – The centrepiece of this 754km2 national park in Sabah is the 4,095m Mount Kinabalu. It is home to a wide range of habitats, and features more than 5,000 vascular plant species, 90 species of lowland mammals and 326 bird species. 15. Melaka and George Town, Historic Cities of the Straits of Malacca – Asia and Europe have endowed Melaka with 15th-century Malay sultanate, Portuguese and Dutch influences, while George Town represents the British era from the end of the 18th century. These influences can be seen through the respective towns’ government buildings, churches and squares. 19. Tubbataha Reefs Natural Park – The marine park in the centre of the Sulu Sea protects more than 130,000ha of three atolls and deep sea. The reef ecosystem supports over 350 species of coral, 500 species of fish, and is a nesting site for birds and marine turtles.

20. Rice Terraces of the Philippine Cordilleras – The five clusters of rice fields on Luzon have followed the contours of the mountains for two millennia. They all belong to the Ifugao, a minority community that has occupied these mountains for just as long.

21. Historic Town of Vigan – Established in the 16th century, Vigan is the best-preserved example of a planned Spanish colonial town in Asia. Featuring 233 historic buildings along a grid of 25 streets, the 17.3ha site is located in the province of Ilocos Sur.

23. Mount Hamiguitan Range Wildlife Sanctuary – Straddling San Isidro Municipality, Governor Generoso Municipality and the City of Mati, all in the province of Davao Oriental, the 16,923ha sanctuary is home to 1,380 species including the critically-endangered Philippine eagle among the 341 endemic species.

24. Singapore Botanic Gardens – Established in 1859 by the Agri-Horticultural Society, this the first and only tropical botanic garden on the UNESCO list. The green site has 36,400 living plant accessions, 6,544 species and 44 heritage trees.

25. Historic City of Ayutthaya – Founded in 1350 by U Thong, Ayutthaya’s first king, the 289ha city flourished for four centuries before it was attacked and destroyed by the Burmese army in 1767. Temples such as the Wat Phra Si Sanphet and Wat Phra Mahathat still remain. 30. Complex of Hué Monuments – Established as the capital of unified Vietnam in 1802, Hue was the political, cultural and religious centre under the Nguyen dynasty until 1945, and is a remarkable example of late feudal urban planning in Asia. 31. Halong Bay – Covering an area of 43,400ha in the Gulf of Tonkin north-east of Vietnam, Halong Bay boasts more than 1,600 limestone islands and islets. Most of them are uninhabited and have towering limestone pillars, arches and caves.

32. Hoi An Ancient Town – The inscribed property in Quang Nam Province comprises a well-preserved complex of 1,107 timber frame buildings with brick or wooden walls. The town reflects a fusion of cultures and is a good example of a small-scale trading port active from the 15th to19th centuries.

33. My Son Sanctuary – Dating from the 4th to13th centuries, the site was the religious and political capital of the Champa Kingdom. Located in the Duy Xuyen District, it is made up of numerous tower temples built for Hindu divinities Krishna, Vishnu and Shiva.

35. Central Sector of the Imperial Citadel of Thang Long – Hanoi – The Thang Long Imperial Citadel was built in the 11th century by the Ly Viet Dynasty and constructed on the remains of a Chinese fortress from the 7th century. It reflects a culture specific to the lower Red River Valley, at the crossroads of influences from China and the Champa Kingdom.

36. Citadel of the Ho Dynasty – Built in 1397, the site in Vinh Loc District comprises the Inner Citadel, La Thanh Outer Wall and Nam Giao Altar. It bears witness to the period in South-east Asian history when traditional kingship and Buddhist values were giving way to new trends in technology, commerce and centralised administration.

37. Trang An Landscape Complex – The property near Ninh Bình comprises limestone karst peaks permeated with valleys, paddy fields and small villages. Caves there have revealed archaeological traces of human activity over a continuous period of more than 30,000 years.