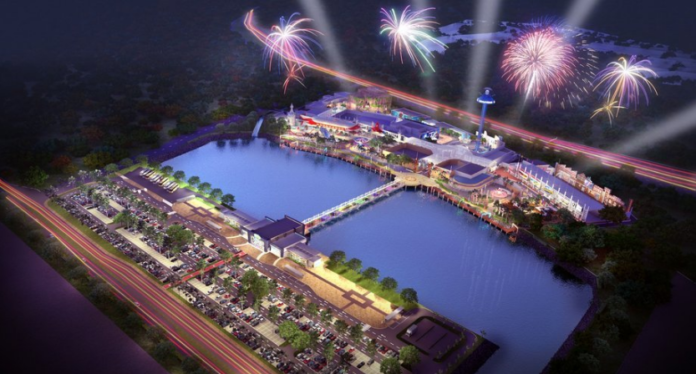 The Movie Animation Park Studios (MAPS) theme park in Perak, opening this June, is ramping up sales efforts in Singapore by offering discounts to visitors who drop by its booth during the Travel Malaysia Fair 2017, held at the Singapore Expo Convention & Exhibition Centre from today to April 23.

With Tigerair and Firefly providing direct flights from Singapore to Ipoh, Singapore is an important source market for MAPS. MAPs will generate interest at the travel fair by offering freebies and having The Smurfs cartoon characters, Papa Smurf and Smurfette, greet visitors.

The launch of the attraction had been plagued by numerous delays. It was supposed to open in 1H2016 but was delayed to early 2017. And after months of silence surrounding the project, local publicity kicked off with a media site inspection on April 21.

In Malaysia, some agents remain uncertain about the attraction’s opening dates and saleability.

Kingston Khoo, senior product development/contracting manager at Discovery Overland Holidays, said: “We will do our own recce once it opens to see what markets and age groups it is suitable for before we start marketing the product.

“We also need more information such as will it fully open in June or will that be a partial opening.”

Siti Rafeah, assistant account manager, Asia Pacific, MICE at Asia Experience, told TTG Asia that support for the attraction will only come after more details such as opening date and contract rates are made available.