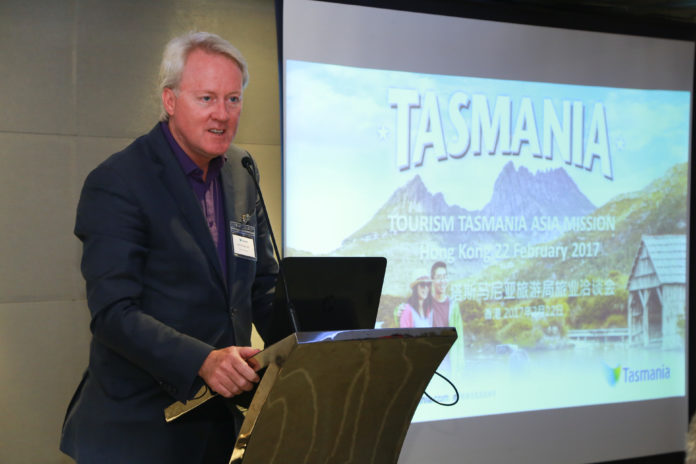 Bolstered by the strong double-digit growth in arrivals from Hong Kong (35 per cent), Singapore (33 per cent) and Malaysia (65 per cent) in the year ending September 2016, Tourism Tasmania will keep its marketing priority on these key markets as well as China’s top-tier cities.

During the sales mission to Hong Kong last week, Tourism Tasmania’s CEO John Fitzgerald, told TTG Asia: “This year, we will not have extra marketing dollars for new markets and (instead) maintain our focus on existing ones. There is a growing awareness (of Tasmania) in some Asian destinations such as Indonesia, but we are not planning to create offices in those places.” Although China fell from top to second spot after registering a 15 per cent drop in arrivals, Fitzgerald sees that as a natural slowdown after the spike in 2015 following president Xi Jingping’s visit to the state in 2014. He is confident that Chinese arrivals will “bounce back”.

But while the lack of direct international access has been a stumbling block in marketing the state, Fitzgerald expects an improvement when Hobart Airport’s runway extensions are completed in mid-2018 to enable the landing of widebody aircraft.

As well, Kai Yang, director of Tassie HD Holiday, among the 13 operators participating in the sales mission, hopes to drum up awareness for the company’s two new properties – Macquarie Hotel and Elizabeth Hotel – set to open in December 2017 and June 2018 respectively.

Meanwhile, Elanor Investor Group, which owns Peppers Cradle Mountain Lodge in Tasmania, has recently appointed a salesperson for Asia in Sydney to step up its marketing efforts in the region.

Said its marketing manager for hotels, tourism and leisure, Philip Haine: “Our top markets are Singapore and Hong Kong while Malaysia is small but growing. I want to (promote) that the hotel offers more than luxury rooms but versatile experiences too like wine tasting to touring.”