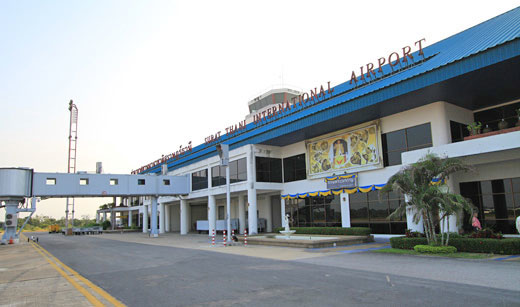 Bangkok Airways’ international expansion and the emergence of Surat Thani as a secondary gateway are important factors in the China-led growth observed in Koh Samui, according to C9 Hotelworks’ latest Samui Hotel Market Update.

Airport arrivals pushed over 1.2 million in 2016, a 22 per cent year-on-year growth last year from seven per cent the previous year, while market-wide occupancy grew from 68 per cent to 72 per cent last year.

C9 reported that mainland Chinese travellers are now filling the gaps of a once highly seasonal destination. During the first nine months of last year, arrivals from the market surged 61 per cent compared with the same period the year before.

Much of the growth momentum can be attributed to Bangkok Airways’ expansion, which has shifted its focus from South-east Asia to North Asia. In 2Q2017, the carrier will increase flights from Samui to Chengdu to a daily frequency and is expected to add Chongqing at a later date.

The increased airlift is also supported by an additional gateway into the destination, with flight arrivals into the nearby Surat Thani Airport spiking 30 per cent last year and further growth forecasted for 2017. Passengers flying from mainland China to Surat Thani made up 71 per cent of direct overseas arrivals to the provincial airport.

While the trend of ‘Chinacation’ has not driven down average hotel rates, with the resort-led destination primarily attracting individual travellers, there are signs of a shift in demand.

The growth of airlift to Surat Thani Airport is expected to bring a broader market of midscale and upscale segments to Samui, and pipeline hotels too point towards the rise of these segments.

Looking ahead, C9’s report reflects positive market sentiment and a strong balance between supply and demand in upcoming hotel developments, with the 175-key Ritz-Carlton Koh Samui being one of the most anticipated openings this year.