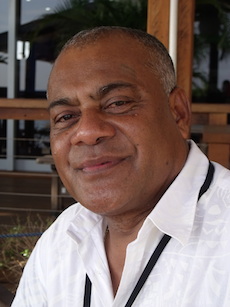 The Solomon Islands saw a nine per cent increase in inbound travellers in 2016 and has set a similar target for this year, with much of its destination promotion efforts targeted at Asia.

“Australia and New Zealand have traditionally been our biggest markets for tourists, but we see countries like China, Taiwan and Thailand as the future of continued growth,” said Josefa Tuamoto, CEO of the Solomon Island Visitors Bureau (SIVB).

Around half of 22,400 tourists to the Solomons in 2016 were from Australia and New Zealand, but Tuamoto hopes that improvements in air links to Asia – notably through Air Niugini’s hub in Papua New Guinea offering connecting flights to Singapore, Japan and Indonesia – will boost numbers.

There is, however, no desire to turn the largely unspoiled Solomons into another Pacific resort such as Fiji or Bali, he stated.

“We do not want to be in that mass-market space,” said Tuamoto, himself a Fijian. “We consider the Solomons to be special and our most recent promotional campaign had By invitation only as its slogan. We want to get across the exclusivity of what we have and the campaign is gaining traction.”

“Most are from Singapore, China and Japan, but I also (had) my first Indian customer last year. They are mainly highly-educated, multilingual and FIT or SIT stopping here en-route to their country of origin, usually via Port Moresby to Singapore, Narita or Hong Kong, flying with Air Niugini,” he elaborated.

Porowai believes the SIVB is “doing a great job marketing to Asia with minimal funding”, but would like to see the authorities relax the entry requirements for Asian tourists and improve basic facilities such as public toilets.

Other hurdles include a shortage of high-quality accommodation and national carrier Solomon Airlines being plagued by high ticket prices and unreliable service.

Still, Tuamoto is upbeat about the destination’s potential. “The problem is getting people to come here for the first time,” he said. “We are not worried about reaching out to repeat visitors because we know that after one trip, they will be back.”