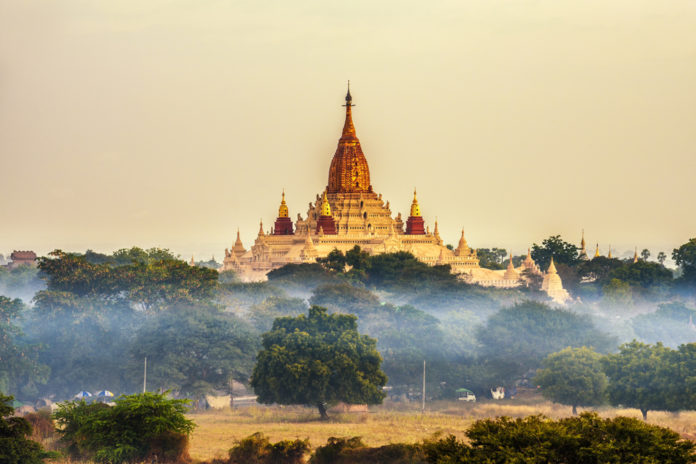 The Ananda Temple in Myanmar’s Old Bagan comes to life as villagers and monks flood into its grounds to celebrate its namesake festival, taking place from January 12-27.

A spectacle of tradition, the Ananda Festival will see 1,000 monks chanting scriptures continuously for 72 hours, while thousands of villagers arrive with ox carts to buy clothes, furniture and kitchenware from vendors from around the country. Many families attending the annual event will camp around the temple.

The celebrations continue through the night, with performances such as traditional dances, marionettes shows, slapstick comedy (with actual slapsticks), singing and movie projections starting at 21.00.

And on the morning of the full moon day, villagers would offer gift bowls to the monks.

Located east of the city walls of Old Bagan, the Buddhist temple was built in 1105 during the reign of King Kyanzittha of the Pagan Dynasty. It is one of four surviving temples in Bagan and has been titled the “Westminster Abbey of Burma”.