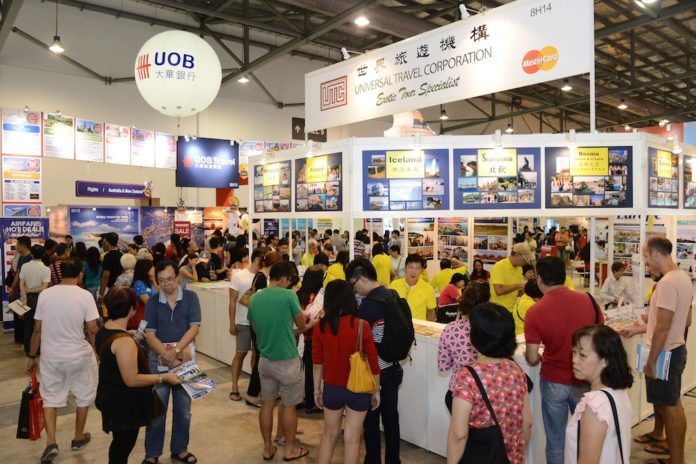 Almost 20 travel agencies will return to the NATAS Travel Fair next month, in a turnabout of a two-year dispute that saw the splintered faction launching a rival fair and new outbound travel association.

The NATAS fair, in its 50th edition this year, will see the comeback of major players like Dynasty Travel, CTC Travel and Hong Thai Travel.

Dynasty Travel Singapore’s marketing communications director Alicia Seah said with these issues now ironed out, the agency has decided to return to the NATAS fair.

Jane Chang, head of marketing communications at Chan Brothers Travel, cited a central venue, better value and SOTAA’s proven track record in managing the past four fairs, as factors for the agency to continue their participation at Travel Revolution.

The newer fair, however, is now expecting a more modest turnout of 11 exhibitors, about half the original number, and it will be downsized from three to two halls, according to SOTAA president Kay Swee Pin.

“We are still very confident of our fairs because we still have very strong players with us who are a good representation,” said Kay, who is also SA Tours’ managing director.

Nevertheless, Kay revealed that this move took SOTAA by surprise as she was under the impression that NATAS was still considering their proposal to hold a joint fair with them.

Both associations had discussed combining the fairs last September, but that did not materialise due to differing expectations concerning venue and appointed credit card sponsor.

Urging a resolution, Dynasty’s Seah said: “It is essential for the travel industry to come together as a united community and consumers will benefit as there is only one event to visit.

“It will also mean lower operating costs for the stakeholders especially the tourism boards as they need not spend extra monies to stage two different fairs.”

The NATAS fair will be held from February 17 to 19 at Singapore Expo Hall 4, and the Travel Revolution fair from February 24 to 26 at the Sands Expo and Convention Centre. Admission to both fairs are free.