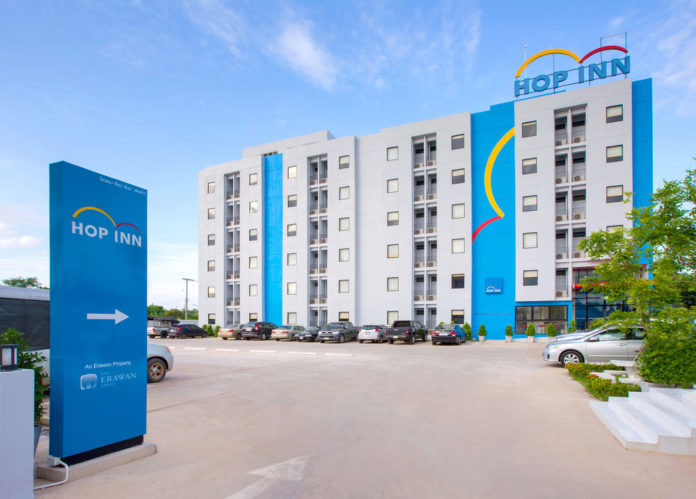 Thai hotel developer Erawan Group, driven by the fast-growing middle-class in Asia-Pacific, has taken an aggressive stance to expand its mid-scale, economy and budget chains.

The expansion focus will be placed on Thailand and the Philippines, underscored by the former’s popularity as a travel destination and the latter’s strong domestic demand.

Budget brand Hop Inn, which shows the fastest growth potential among the brands under Erawan, is likely to reach a total of 50 properties in Thailand by 2020, Kamonwan revealed.

Following the launch of the first Hop Inn in the Philippines in Manila in 4Q2016, the group is targeting to inaugurate 19 more Hop Inns in the country within 2020, she added.

With these developments plus the country’s expected stable politics in the coming year, the Erawan Group is projecting its revenue to grow 15 per cent to 6.4 billion baht (US$179 million) in 2017.