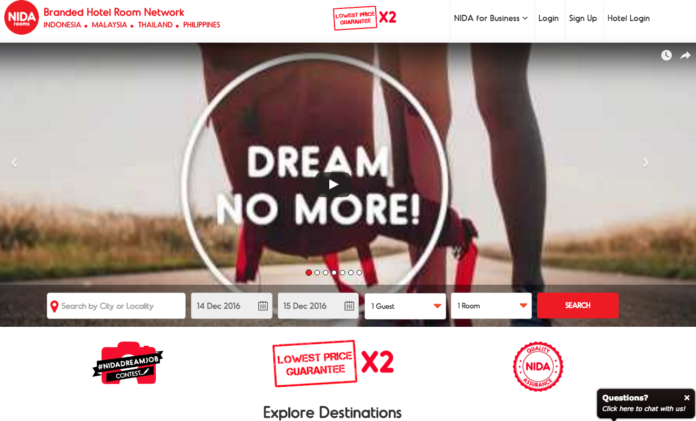 Budget hotel network operator Nida Rooms is seeking funding of US$30 to 40 million to accelerate its expansion plans from the current 4,200 to more than 10,000 hotels in 2017, according to CEO Kaneswaran Avili.

A fresh injection of funds will add to Nida Rooms’ existing capital of US$12 million and support the cash flow of the year-old startup, which earlier ran into liquidity problems and delayed the salary payment of its Indonesia staff, admitted Avili.

However, he stressed that the salary deferment was just a teething problem that had since been solved and would not recur again for the company.

Beyond its four key markets in Indonesia, Malaysia, the Philippines and Thailand, Avili thinks there’s still plenty of room for growth in Asia-Pacific and other regions. There are also plans to penetrate into Latin America in 2018.

Nida Rooms provides a helpful business model for budget hotels without online booking systems, as more than 50 per cent of hotel rooms under its management are located in areas where OTAs have not yet reached, he added.

Avili also stated that the Nida’s affordable rates of less than US$40 per room per night will appeal to users.