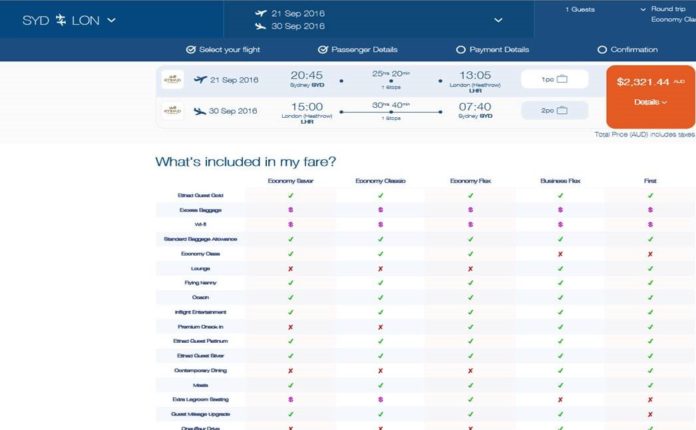 This means that users of Fly365.com can get direct access to Travelport’s branded fares and ancillaries without going through a GDS smartpoint. The only other OTAs to implement this solution are UK-based Skylord Travel and Russia’s OneTwoTrip.

“Up till now, OTAs have had to create and manage their own content. This not only creates a lot of work for them but there is also a risk that the content is not actually reflective of what airlines want to say,” said Damian Hickey, vice president Asia Pacific and global sales strategy, air commerce at Travelport.

“Rich Content & Branding solves those problems for OTAs. They connect directly with Travelport as they normally would (via an API) and also allow the airlines to control and update the images, messaging descriptions, fare families and so on,” he explained.

At the same time, the OTAs retain autonomy in terms of deciding how the inventory is to be displayed to their end-user since the user experience and interface is wholly controlled by them.

While Hickey can’t reveal which OTAs are set to take on Rich Content & Branding next, he said that the solution is especially compelling to those they already have a partnership with. “It only makes their website better,” he said.
Fly365.com COO Scott Mayne adds that they have seen an increase in their margins and sales since rolling out Travelport’s Rich Content and Branding merchandising technology.

“Fly365.com is the only OTA in Australia that can offer Flexible Fare options, giving our customers more choice and a more transparent view on what is included in each fare category,” he said.