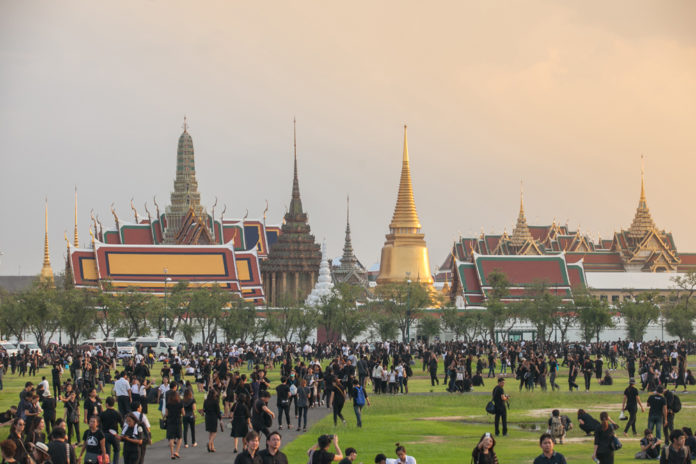 The Tourism Authority of Thailand (TAT) has made clear the appropriate measures needed to be taken during the period of mourning being observed in Thailand in the wake of King Bhumibol Adulyadej’s passing.

While most mourners in the country will be dressed in black or white clothing as a display of reverence to the King and as part of Thai culture, it is not mandatory, especially for visitors, to do so.

However, TAT is advising tourists to dress respectably in public and to refrain from disrespectful behaviour during this time. Entertainment venues have also been tasked to tone down their activities for the time being.

Events, including weddings, meetings, celebrations and conferences, can carry on as usual as long as it is held within a premise. Organisers can choose to adjust the appropriateness of the events accordingly.

Tourist attractions will be open with the exception of Wat Phra Kaeo (Temple of the Emerald Buddha) and the Grand Palace, as they will be the venue of the funeral. The venues will reopen on November 1. All transportation, banks, shopping areas, hospitals and other public services will operate as usual.

TAT further warns of traffic congestion within and surrounding Bangkok as mourners flock to the capital to pay their respects.