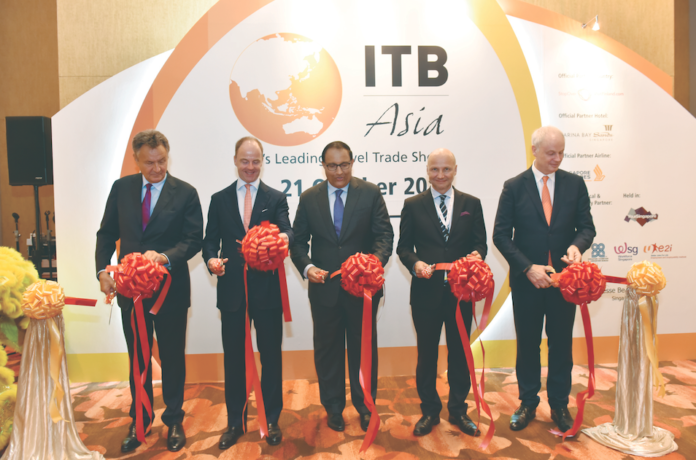 An MoU to affirm this commitment was signed between Messe Berlin (Singapore) and the Singapore Tourism Board (STB) yesterday.

He elaborated: “Singapore as a city still offers the convenience when it comes to organising a tradeshow – be it the availability of hotels, and convenient access to both airport and tradeshow location.

“We’ve enjoyed a constructive and fruitful cooperation with STB for almost a decade, and it’s obvious we don’t have a reason to leave the city.”

When asked about future editions of the tradeshow and what it might hold for both buyers and exhibitors, Buck told TTG Asia that they were working on a matching process to create situations where appointments will bear a higher likelihood that deals will be struck.

“This is based on a steadily improving matchmaking system which tries to include more relevant information about what a buyer wants, and what an exhibitor has to offer. This strategy – which is more of a steady improvement process rather than a dramatic change of the format itself – is one that we will continue over the years to come,” he added.

As for the inaugural ITB China happening next year in May, Buck explained that the event would focus exclusively on Chinese buyers there, making it unique.

He shared: “We have already done up agreements with five of the biggest Chinese online tour operators such as Ctrip, Alitrip and Tuniu to bring their buyers to our show.”