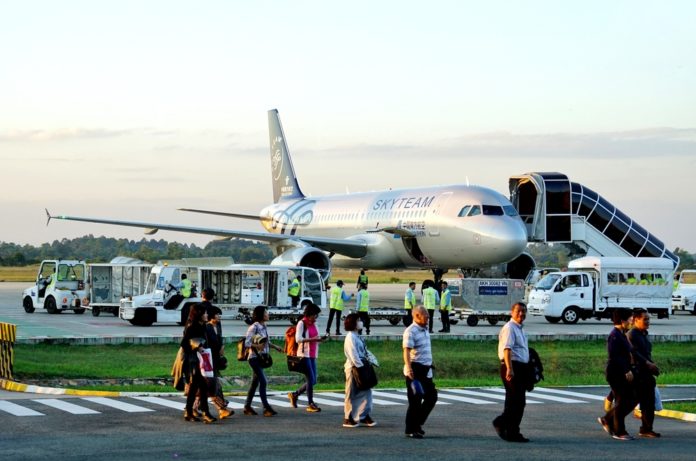 MORE Cambodians are venturing abroad as expendable income and connectivity continue to increase.

The number of Cambodians travelling overseas hit an all-time high between January and June with almost 700,000 travelling abroad – a 26 per cent hike on last year, according to latest figures from the Ministry of Tourism (MoT).

Kong Sophearak, MoT director of the department for information and statistics, said: “Though Cambodia is a small country, it is becoming a tourist exporter to neighbouring countries.”

A swelling middle-class and economic boom (seven per cent GDP growth last year) have been the main drivers of the growth.

Ho Vandy, secretary-general of the National Tourism Federation, said: “Cambodians can now afford to travel to neighbouring countries on holiday as well as explore business ventures and have medical check-ups.”

An increase in direct regional flights from LCCs has also played a role. He added: “All these, in turn, make Cambodians want to travel to neighbouring countries.”

Veang Chivuth, operations manager of 2 World Travel Cambodia, believes cheaper offerings have also helped, with the price of tour packages being driven down by competition between local tour companies.

He said: “This makes it affordable for Cambodian tourists to go to neighbouring countries in group tours. Most of our customers like to visit Malaysia and China because of the competitive tour packages that are available.”

In July, the World Bank revised Cambodia’s economic standing, pushing it from a low-income to middle-income economy.