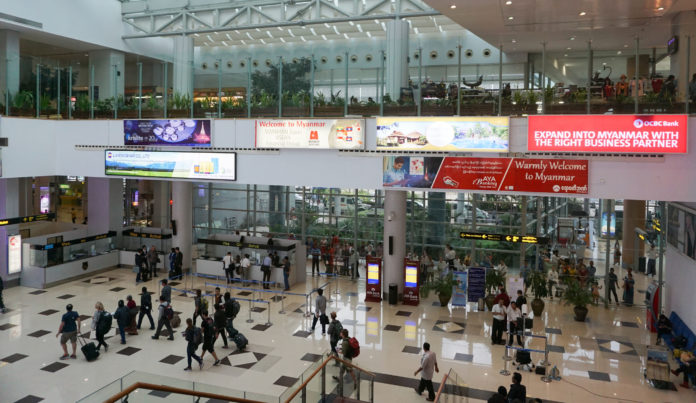 This new terminal, the first of three planned phases of the expansion project, will mainly service international flights.

With domestic and international passenger arrivals through the airport increasing from 4.4 million in 2014 to over 5 million in 2015, the terminal will add much needed capacity to accommodate greater tourist arrivals in subsequent years.

“The existing terminal can only handle 2.7 million passengers a year and the arrival numbers show rapid year-on-year increase. Upon completion (of the full project) within the next year, the airport will be able to accommodate 20 million passengers,” said Nyi Nyi Maung, general manager of Yangon International Airport.

Nay Lin, project manager at Yangon Aerodrome Company, the operator of the airport, said: “As part of the renovation, local flights will be moved to the old international terminal and the domestic terminal will be demolished. We have a master plan that involves 20 boarding bridges and 20 remote gates.”

At present, there are 28 international airlines and 11 domestic airlines servicing Yangon International Airport.

Meanwhile, work is due to start on the new Hanthawaddy International Airport in the Bago Region. The US$1.4 billion project is slated for completion in 2022 and will become Myanmar’s largest with a capacity for up to 30 million passengers a year.