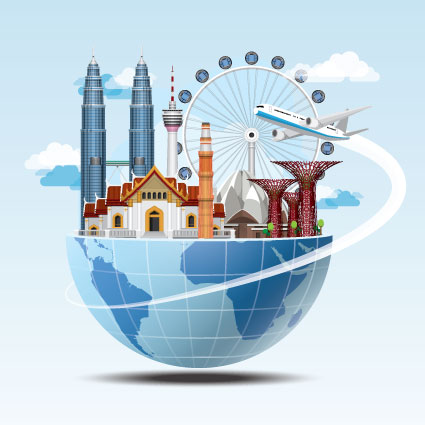 Travel companies in Asia-Pacific are generally optimistic about their business prospects in 2016, with the outbound market expected to remain a bright spot Inbound
Jaclyn Yeoh
Managing director, Siam Express
I have recently engaged a new Europe and China representative, hence I am looking forward to having more sales from these two regions. I will be happy if we can maintain the sales revenue as in 2015. We also need to bundle Singapore with our regional countries to sell them as one package in order to improve market share and hopefully this new marketing strategy will improve the sales performance in 2016. Outbound
Anthony Chan
Managing director, Chan Brothers Group
We are projecting five to 10 per cent year-on-year increase in travel demand for 2016. While (evergreen) destinations such as China, Europe, Japan, Taiwan and regional cruises will remain popular, we also see a growing appetite for more exotic vacations to the Arctic Circle and South America.

We are implementing strategies to leverage technology to improve service, increase efficiency, broaden market reach and change our business model. Besides mainstream offerings, we are positioning the company as one reputed for alternative and exotic travels, a growing segment in the travel market. On the web, we are moving towards increasing our online presence to see growth regionally and worldwide. Inbound
Umberto Cadamuro
COO inbound, PACTO
Having successfully weathered the multiple challenges in 2015 and posted another excellent year in terms of profit, 2016 presents exciting and rich opportunities. With the strong demand for groups that not only cover 2016 but extends all the way to 2017, we feel we stand on solid ground.

Various challenges are afflicting our industry, yet we are able to keep expanding in new markets to maintain both profitability and a balanced market share. Our next stop is South America!

Outbound
Willy Sihombing
Managing director, Sedona Holidays Tour and Travel Medan
My outbound business prospect for 2016 is positive. While the early part of 2015  saw slower business than in 2014, demand for incentives and FITs started to pick up towards the end of 2015. I am expecting this to continue into 2016.

The aggressive promotions by NTOs like Japan, Thailand and Malaysia have helped enticed (Indonesians) to travel. Overseas tour operators have come up with new ideas and programmes to attract travellers by allowing agents like us to send two or three pax to join a sit-in-coach tour together with guests from other travel companies, etc. (The diverse tour options) make it easier for us to sell packages. Inbound
Pornthip Hirunkate
Deputy CEO and managing director, Thailand, Destination Asia
2016 will be a challenging year for Destination Asia due to various factors including economics and political matters that compound on our business.

We still continue to see positive signs  from our clients from the UK, Northern Europe, the US and Latin America markets. To stay on top we have to be more creative with our products and activities.

A positive sign is that there are also more cruise lines calling at Phuket, Laem Chabang and Koh Samui in 2016, and we have seen positive growth within MICE groups from the US since last year which shows confidence is returning to the destination. Outbound
Vorapong Muchaothai
Director of sales and marketing, Standard Tour
We are seeing growth for the outbound market due to more direct flights coming in and out of Chiang Mai, where we are based. According to Thai immigration figures, the number of Thai outbound travellers from Chiang Mai is around 80,000 in 2015, and is likely to exceed 100,000 in 2016, and we are also recording a stronger interest from northern Thais to travel overseas as Chiang Mai grows in flight connectivity.

We are promoting destinations farther afield such as Japan as well as Bali, Australia and New Zealand by partnering SilkAir on chartered services via Singapore. Inbound
Francis Cheong
Managing director, Apxara Travel & Events
2016 is an extremely promising year for us. As of end-November 2015, our forward quotations are already up to December 2016. With Malaysia being the most affordable ASEAN destination due to a weak ringgit, Malaysian destinations are of great value for many incoming markets. Outbound
Adam Kamal
CEO, Olympik Holidays
Outbound business will be slow unless the ringgit strengthens. We are placing emphasis on outbound packages to Thailand, Indonesia and the Philippines as there are many LCCs flying to these destinations with affordable airfares, which is good for us. Inbound
Bernadette De Leon
General manager, Amiable Intertours
I used to have lots of inbound groups and families but they are hurt by (the bullet-planting scam at Ninoy Aquino International Airport) and peace and order concerns. And with a lot of ASEAN destinations offering cheaper fares, accommodations and tours, plus guaranteed security, (travellers) would rather visit Vietnam, Bali, Thailand and Malaysia and fly direct to those (destinations). Japan will be the top draw as it has eased its visa requirements and its government is more active in promoting the destination.
Filipinos will troop around Asia especially to the emerging destinations of Bali, Borobudur and Vietnam, apart from old favourites of Hong Kong, Bangkok and Singapore.

(Demand for) France will ease a bit due to recent terrorist attack but Italy will pull religious trips as the Pope opened the Holy Door of the Vatican for the Year of the Poor.

Inbound
Hazen Tang
Executive director, HS Travel
Given the current global economy and falling arrivals, I am worried about business (this year). Provided that there are no major disasters or accidents this year, the city may experience around 10 per cent drop of arrivals. It’s vital for Hong Kong to develop more new products for tourism.

Outbound
Simon Wo
General manager, Premium Holidays
Foreseeable economic downturn may dampen the middle class’s appetite to travel but not high-spending professionals who will continue to seek novel destinations. Indeed, we remain cautiously optimistic because travel has become a lifestyle for Hong Kongers and airlines may come up with discounts to drive traffic.

We will channel more resources to high-end products with emphasis on South America, the North Pole and South Pole in 2016. Inbound
Cooper Zhang
Manager, international department, CITS Macau
I hope it will be better than 2015 with the opening of new hotels and integrated resorts in 2016. These new offers may attract more tourists to Macau, especially from China. If the Chinese Central Government relaxes the travel permits for Chinese passport holders  visiting Macau, it would definitely help.

Outbound
Sabrina Iong
General manager, EGL Tour (Macau)
The outbound traffic will be more or less the same as 2015 but this depends on the business environment and local gaming performance which affect the desire of travel. Moreover, Macanese are concerned about security when choosing a destination, so areas with terrorist attacks would be avoided. Overall speaking, we would be happy if we can maintain the same level of business achieved in 2015.

Inbound
Sarah Keenlyside
Founder and CEO of The Bespoke Travel Company
China is poised to become the world’s largest business travel destination  in 2016, an increase we already saw last year. Many of our business travel clients are either adding sightseeing or integrating some form of cultural immersion/partner programme into their trip. We hope this uptick will continue, especially given the drop in inbound leisure and FIT travellers in 2015.
Continued improvement in the number and quality of hotels on offer in China’s less-visited cities such as Kunming and Chengdu is also likely to encourage travellers to be a little braver with their trip planning. Outbound
Lu Hao Shuo
Deputy general manager, inbound travel division, Kunming CITS
According to my outbound colleagues, demand from Yunnan will continue to increase in 2016. Travellers are still confident of China’s economy and there is interest in visiting other parts of the world after having enjoyed domestic tours. Compared to the rising cost of domestic travel, outbound tour prices are also more stable. Inbound
Megumi Ueda
General manager, Ayabex
We have seen a tremendous increase in foreign tourists visiting Japan in 2015 and we expect that trend to continue into 2016 as well. We are anticipating more repeat customers – including FITs, groups and MICE clients – returning to Japan. That means that we need to identify new sightseeing spots and activities for them; it is up to us to provide them with interesting and exciting new destinations that meet their needs. Outbound
Daisuke Watanabe
Senior manager, Micronesia division, JTB World Vacations
We think (business) this year will be about the same level as 2015 for outbound tourists from Japan to our destinations. That is in part because the number of flights to Guam from Japan, except for Tokyo, will be reduced from April 2. Like other agents focused on the islands of the Pacific, we plan to draw up package tours that utilise charter flights to boost our numbers. Inbound
Sujata Raman
Managing director, Abercrombie & Kent
In a word, excellent. The low Australian dollar  undoubtedly had an impact, but so has  the perceived safety of the destination as well as its clean and green image. Forward bookings are double the value that we had at the same time last year. All markets are strong into Australia including Asia, and in particular China. Outbound
Tom Walley
Head of leisure travel, Flight Centre
Asia continues to be a big focus for us in 2016. We are gearing up for the return of our big Asia campaign that spotlights the diversity of experiences on offer with some of the hottest market deals, while travel packages to popular destinations will feature throughout the year. River cruising in Asia has emerged as a trend in 2015 and we expect this to continue, alongside the rise of youth specific tours, small group journeys and family-friendly packages. Inbound
Arun Anand
Managing director, Midtown Travels
I expect 2016 will be a positive year for the Indian inbound industry. The e-visa scheme has now been extended to 113 countries,  simplifying travel to India for majority of markets. The new year will see the e-visa facility gaining momentum and playing an instrumental role in the growth of inbound markets like the UK and the US.

The Indian prime minister travelled to many countries in 2015 and created a positive image of the country globally. This, coupled with the efforts of the Ministry of Tourism and private players, will help the inbound industry to make inroads in many traditional and new markets.

We are a nation on the move and with today’s work pressure, everyone needs more breaks to unwind. I see a huge upsurge in the honeymoon segment for which we now have a dedicated website. The luxury segment has also matured and Indians now want to experience the exclusivities of the world, so this segment too will see good demand.