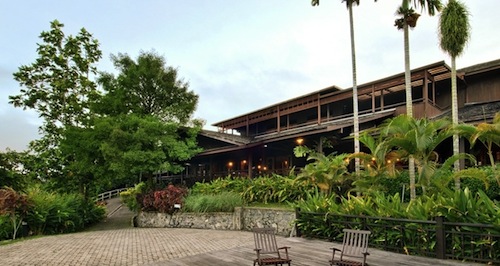 MONTHS of speculation over the future of Batang Ai Longhouse Resort, managed by Hilton in Sarawak until December 31, 2015, was put to rest yesterday during an industry briefing in Kuala Lumpur.

It was officially announced that local Malaysian company Aiman Agro Park had purchased the property from Tradewinds Hotels & Resorts this month for an undisclosed sum and will be managing the property through its subsidiary, Planet Borneo Lodge Management.

The 100-key property will be renamed Aiman Batang Ai Resort and Retreat from January 1, 2016.

Rumours that the 20-year-old property will be closed after Hilton makes an exit had caused some European operators to remove the product from their brochures.

Gracie Geikie, director of operations at Batang Ai, said current contract rates will be honoured and maintained until March 31, 2017. She added: “This will give us time to complete our handovers, reassignment of licenses and permits, new insurances and to focus on the critical areas of rebranding and repositioning of the resort as well as repairs and maintenance.”

The immediate plans for the resort, located on the fringe of the Batang Ai National Park, is to give it an extensive refurbishment with minimal disturbance to guests. “There will be no major construction or demolition works,” promised Geikie.

Current staff will be kept, along with 14 new additions, many of which are senior positions including a general manager and a F&B manager.