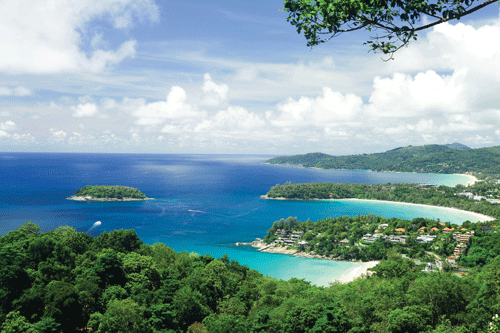 South-east Asia’s tropical beaches sees no shortage of sunshine and visitors. TTG Asia takes a closer look at how four classic beach destinations in the region are faring “The first two quarters of the year have been very good for our hotels, (with) average occupancy 80 per cent and above, and RevPAR above 2,200 baht (US$62),” a Best Western International spokesperson told TTG Asia.

Ianic Menard, Accor’s vice president for sales, marketing & distribution in upper South-east Asia, attributes Phuket’s growth to the “strong increase in intra-Asia travel” that is led by China, Australia and India. “The increase in Chinese guests has buoyed the island through what is meant to be low season,” Menard commented.

On the other hand, Europeans are increasingly shifting from Phuket to other beach destinations like Krabi, Khao Lak and Koh Lanta, observed Laurent Kuenzle, CEO of Asian Trails.

“The image of Phuket is becoming one that is more focused on entertainment and preferences of Asian visitors,” he added.

Outlook for the next six months
Despite the recent Erawan bombing in Bangkok, hoteliers in Phuket are confident that growth on the island will continue. They are also watchful of the international economy but stay upbeat.

“We remain positive about the outlook for the rest of the year and expect to see a continued increase in occupancy and ADR,” said Anantara Phuket Villas’ Won.

Menard said that Accor is already seeing increasing bookings for Phuket, especially during the Christmas and New Year period. The MICE sector is expected to do well too.

Improved infrastructure on the island is also contributing to the growth of arrivals. The airport is undergoing upgrading, while new shopping malls are also likely to increase the number of high-end tourists, sources said.

Performance in the last six months
The opening of Lagoi Bay in May has elevated the allure of Bintan island with its crop of resorts and lifestyle attractions.

According to Bintan Resorts International (BRI), director of marketing, Asad Shiraz, although year-on-year arrivals declined 2.5 per cent in 1H2015, the numbers in May and June climbed 9.2 per cent and 9.5 per cent respectively following Lagoi Bay’s launch.

Shiraz said: “(Lagoi Bay) attracted both locals and visitors alike to (experience) the new activities. We hyped up our marketing campaigns as well for this opening to increase exposure and awareness.”

This 1,300ha development consists of residences, shopping centres and five resorts. The Sanchaya and Swiss-Belhotel Grand Lagoi have launched, while MoUs were signed for new hotels to be managed under the following brands: Four Points by Sheraton, ibis Styles, Novotel, Dialoog Hotel, Prime Plaza and Ambhara Hotel.

Lagoi Bay’s opening also went hand-in-hand with that of the 60-outlet Plaza Lagoi Mall, with Indonesia’s major retail operator Pasaraya as both anchor tenant and manager.

Outlook for the next six months
The outlook for Bintan is upbeat with the opening of Lagoi Bay, which will be further complemented with the crop of dining options and attractions coming online in the second phase of development.

Shiraz added: “The addition of these new hotels will significantly increase the rooms, activities and amenities available. Bintan Resorts will become an even more sought-after island destination and a twin destination with Singapore.

He is confident that the intensified marketing efforts, targeted primarily at Singapore, China and India markets, will “yield positive results as well”.

For example, Bintan Resorts earlier partnered with Changi Airport Group to promote the twin-destination concept, particularly to the India market. Visitors from India heading to Bintan Resorts can now enjoy a S$30 (US$22) voucher while in transit at Changi Airport, along with a free Mangrove Discovery Tour.

Shiraz added: “The soon-to-be-implemented visa-free facility for 30 nationalities entering Indonesia via Bintan ports is also expected to give arrivals a lift.”

Performance in the last six months
Bali’s popularity as a beach destination continues to grow, with international visitor arrivals reaching nearly 1.9 million in 1H2015, up 9.4 per cent from 1.7 million the same period last year, according to data from Statistics Indonesia (BPS).

However, Horwath HTL reported a dip of five to 10 per cent in Bali’s hotel occupancy. Matt Gebbie, director, Pacific-Asia of Horwath HTL, said: “Occupancy at lower priced hotels, particularly those with an average daily rate below US$59, was the hardest hit.”

Trade members attributed the occupancy drop to an oversupply of rooms. BPS data shows that Bali had 249 star-rated hotels with 28,811 rooms in 2014. This year, 30 more hotels are expected to open and add another 5,677 rooms.

Gebbie said: “The opening of new properties had an impact on hotel performance as there is greater competition. Besides, hotels don’t open at peak performance and it takes time to ramp up, so this drags market averages downhuh .”

The domestic market also plays a big role in filling up rooms, but domestic arrivals at Ngurah Rai International Airport in the first five months (available data at press time) fell five per cent from the same period last year.

Bali Airport’s closures during the Mount Raung eruption in July also caused some traffic diversion from the destination. Ida Bagus Ngurah Wijaya, Bali chapter chairman of Indonesia Tourism Industry Association, said: “(The closures) took place during the school holidays, so travellers were likely to divert their trip to other countries.

“It was a force majeure and we do not expect any long-term impact. Nevertheless, the Ministry of Tourism has planned a recovery programme,” he added.

Outlook for the next six months
Industry players are expecting higher arrivals to Bali in the second half of the year.
Horwath’s Gebbie said: “New direct flights from the Middle East will have a positive impact on accessibility (between Bali and) the world. The weak rupiah will encourage Indonesians to stay within the country and foreigners to visit. There is also optimism over the new visa-free entry regulations – time will tell.”

The struggling Indonesian economy is likely to affect hotel performance though, opined Marc Steinmeyer, president director, Tauzia Hotel Management. “The hotel projects we see today were planned three, four years ago, when the economy was booming. While there will be opening delays, developers will try their best to open their properties to avoid losing the land value.”

Gebbie added: “I fear that hotels will continue to drop rates in an attempt to capture demand. Many of the newer hotels are between a rock and hard place with revenues lower than budget and construction/land debts to pay.

“This will impact booking lead times as domestic guests in particular are aware of the situation and delay booking their rooms until the last minute (to land) a great deal,” he added.

Performance in the last six months
Arrivals to Langkawi are generally stable, with the destination receiving close to 1.5 million international and domestic tourists in the first five months of 2015, a slight increase of one per cent compared with the same period in 2014.

Working in Langkawi’s favour is the depreciated ringgit, which compels locals to visit the archipelago while making the destination comparatively cheaper than its regional competitors too.

The longhaul market in 1H2015 was a mixed bag of performance, according to inbound consultants TTG Asia spoke to.

“The British pound has appreciated and the UK economy has improved, (so) we think this resulted in renewed interest for the destination,” he added.

Bookings from the UK and Central Europe during the summer months of July, August and September, traditionally the peak season for European arrivals to Langkawi, were strong, added Khoo.

For Diethelm Travel Malaysia, the German market to Langkawi decreased more than 10 per cent in 1H2015, a likely result of the two Malaysia Airlines disasters in 2014, as well as the weaker European economy, said managing director, Manfred Kurz.

Meanwhile, Andy Yow, director of sales and marketing at Vivanta by Taj – Rebak Island Langkawi, said Langkawi saw stiff competition in the first half of the year as many resorts in Phuket courted the European market with aggressive promotions.

“We started our own promotion in May 2015, which will run through to March 2016, for the Europe market. However, this promotion was too late for 1H2015 and we saw a four per cent dip in arrivals from the UK and Germany,” he shared.

On the other hand, Langkawi is steadily building up its appeal to Chinese visitors. Winnie Ng, deputy general manager, Pearl Holiday Travel & Tour, recorded a 60 per cent surge in Chinese arrivals to Langkawi in 1H2015, with interest coming mainly from FITs and incentive groups.

Outlook for the next six months
Looking ahead, the Chinese market is expected to do well for Langkawi although the Middle East and European markets appear more unpredictable.
Pearl Holiday’s Ng does not think that a slowdown in the Chinese economy and the recent renminbi devaluation would impact arrivals, especially with a weakened ringgit, and predicts a good 2H2015 and 1Q2016.

Having welcomed a Perfect China incentive group of 2,000 pax to Langkawi in July, Sunflower Holiday’s managing director Mint Leong is projecting “a 20 per cent increase in arrivals to Malaysia”.

At press time, there were 62 confirmed charters from Xi’an and Chengdu in 2H2015, according to Rosnina Yaacob, tourism division manager at Langkawi Development Authority.

half of the year, but it is still slower than 2014. The euro is still weak, thus prompting many holidaymakers to choose medium-haul destinations instead of longhaul.”

Ally Bhoonee, executive director of World Avenues, saw a “big drop” from the Middle East market mainly due to political instability in the Middle East, but also in part due to the EU granting Emiratis visa-free entry to Schengen zone countries which diverted some traffic away to Malaysia .