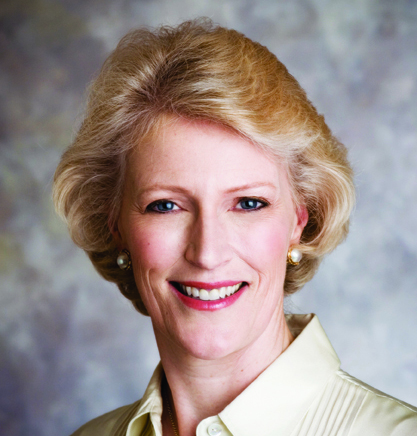 Globally, only two females head international hotel chains as CEO – Trudy Rautio of Carlson and Kathleen Taylor of Four Seasons Hotels & Resorts. Raini Hamdi speaks to Rautio, the new CEO of Carlson, about smashing the glass ceiling and how she intends to make Carlson a smashing company “I feel I have some fingerprints on the strategy, the people, the structure.”

How do you feel being in a club of capable, but virtually all men?
I’m old enough to have been a pioneer of that in my entire career. I got an undergraduate degree in accounting – only 10 per cent in the graduating class were women and I kind of had to make my way through that profession as the only woman. Now it is more than 50 per cent graduates in accounting that are women.

But the hospitality industry is particularly difficult for women and I consider it one of my goals to work on that. In an entry level capacity, we bring in equal numbers of women and men, but the industry is difficult for women because there is a lot of shift work and mobility requirements. So when women want to start a family, it becomes a difficult career to stay in. We have to figure out more creative ways to make it possible for women to stay in the industry and to advance because women are naturally hospitable. It’s a perfect industry for them.

What do you hope to do?
The American Hotel & Lodging Association is headed this year by Nancy Johnson, who is an EVP at Carlson. She has created a forum for younger women leaders and is doing a lot with the industry on that and we are both going to continue to work on this together. We are of about the same age and we really believe strongly in this.

You are two months into the CEO role, while Kurt Ritter is retiring at year-end as Rezidor president & CEO. These are big changes.
Yes. In some ways, it is an enormous change to step into the CEO role but having been the CFO of the organisation and worked closely with both of the last two CEOs through their tenures, I feel I have some fingerprints on the strategy, the people and the structure. Our organisation as a global one is diverse and has a lot of relationships, whether JVs or partnerships, and at least I have a familiarity with them. That’s also helpful.

With Kurt stepping down – he’s an icon in the industry and built the business from nothing (Editor’s note: Rezidor covers EMEA exclusively) – that’s a loss to Rezidor, but it’s been well-planned with Wolfgang (Neumann, currently Rezidor COO) succeeding. He will stay on in advisory capacity for the first quarter to ensure the relationship with the owners are effectively transferred. I’m also pleased he’s staying on in advisory capacity to me: one of the things Simon Barlow (Carlson Rezidor Hotel Group president Asia-Pacific) and I talked about is having Kurt come out to emerging markets and provide us with his insights and his relationship-building skills, so we’ll be able to utilise him going forward and he won’t be totally losing the family.

From you, what can we expect?
It’s a balance, like everything in life. One is to make sure we attract, retain and develop the right people, so we continue to deliver what we at Carlson say is the ‘service heart’ in whatever it is that we do, whether it is restaurants, hotels or Carlson Wagonlit Travel (CWT). We need to make sure each of the businesses (Carlson Rezidor, CWT and TGI Friday’s) has its strategy around that.

As a private company, we don’t have quarterly earnings expectations, but we still have to perform. And as a private company, we can’t go to the capital market and get more funds, so we need to make sure we invest in the right project at the right time, so we can deliver the returns and reinvest in the business. So that’s the balance – women are used to balancing, right?

So balance is a strength of yours?
Yes, balance, not in the personal life though (laughs). But I’m good at juggling.

How do you motivate your leaders?
You have to set ambitious goals for people. We just recently set long-range plans for our businesses. The restaurant group (TGI Friday’s), for instance, is so aligned around its goals that we’ve actually created a long-term incentive plan for it that has cliff vesting  (i.e. benefits will be gained only if the goals were fully achieved at the end of the plan’s period).

People come to work everyday wanting to achieve. You have to provide the resources they need, from the HQ perspective and also in-market. Then give them the freedom to execute those goals to some extent. It’s pretty classic.

We’ve seen a rash of global players expanding in Asia. What advice would you give Asian owners on how they should choose their brands or chains to work with?
I don’t think I have to advise Asian owners of this, but I think if they utilise the normal tendency to think long term, they would pick the right chain.

It’s a long-term relationship you’re signing up for. Yes, you can switch brands, but you really want to be with the company that you can be with and grow with for a long time, so pick a company that has the right values system, right people and right capability, then grow together.

Most hotel chains profess these same things.
I think Carlson has unique values. Our credo was given to us by our founder. We’re an organisation that has unique capability when it comes to people and relationships. The relationships we form are very long-term. Look at London – we formed our relationship with the Edwardian Group in 1991, we still have that relationship today and they are still growing with us with a new development in London. Very few have those kinds of relationship, in my mind.

India is another great example. We signed our first strategic partnership (with financial investment) in India with Bestech (in April), a company we’ve hotels with. We think there’s a great demand, not just in India but in a lot of the emerging markets, for midscale properties, so we invest together. We believe having a local partner is important, as they know the local customs, have access to real estate, are able to develop the properties more effectively than we could coming in. So we’re looking at developing 49 hotels with them. That’s the way we look to grow in other parts of the world.

We have the right brands, upper upscale and midscale, for growth in this region – Radisson Blu, Radisson and Park Inn. Our Country Inns & Suites also has a strong presence in India, so we’re analysing if it has further use in Asia.

What about luxury – why does Regent keep coming back to you?*
(Laughs) We love that brand. In the downturn we felt we could not support it to the extent that it needed. So we sold that to Formosa, which wanted to bring it back to its Asian roots, and they are happy with it from my understanding.

Now they are saying that in order to grow, just like we’re doing in Asia-Pacific, perhaps it will be better off with an operator and management company in Europe. So he (Steven Pan, Formosa and Regent’s chairman, TTG Asia e-Daily, May 6, 2011) went back to Kurt Ritter. Now we can grow and develop Regent without having the capital investment in the leases and so on. I was asked by our general managers if  that means we can have it for Asia. Well, he’s not willing to give it up for Asia, he still believes he can handle his own in Asia.

But it’s an example of how these relationships come back. This was not an antagonistic sale in anyway. We supported each other as we did the transition and now we have the opportunity to continue with the brand. It does help us in building our portfolio in Europe because there are certain cities where that luxury brand will be effective.

*In September, Regent signed an alliance with Rezidor to develop new Regent hotels exclusively in Russia/CIS, Baltics, Middle East & Africa and jointly with Regent in the rest of Europe.