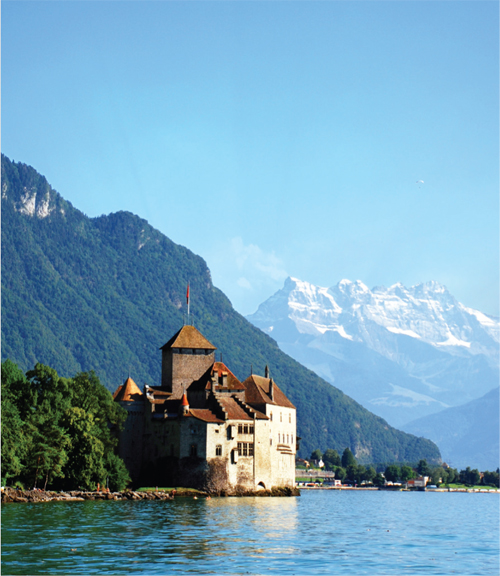 Strong Singapore dollar goes far
Longhaul travel out of Singapore is up, spurred by a stronger local currency and thirst for exotic destinations.

Senior vice president of marketing and public relations at CTC Travel, Alicia Seah, said bookings to Europe rose about 40 to 50 per cent in 2011.

“Uncommon destinations such as Turkey, Tibet, Croatia, Slovenia and South Africa have attracted many, especially the middle-aged and affluent experienced travellers,” she added. There was also a clear shift towards exploring destinations in-depth.

Seah added: “European NTOs in Asian markets promote their natural, cultural and historical attractions well, while the US is still only popular for its theme parks.”

Las Vegas and Orlando are the main destinations for CTC Travel. However bookings to the US are up by only five per cent, as most Singaporeans are still deterred by the extended travelling time.

And longhaul destinations are still unable to shake off Singapore travellers’ love affair with Australia, which, despite the rising Australian dollar, saw a 40 per cent growth in the last 12 months. A Thai soap opera gives Prague (above) the limelight. Courtesy of Free-Jpeg-images.com

More Thais head for Eastern Europe
Severe flooding in Thailand late last year has hit outbound travel as Thai consumers cope with the cost of property repairs and cut back on spending.

But the good news is, strong currencies in Australia and New Zealand against a weakening Euro have triggered a swing to Europe among Thais who still have the budget to travel beyond nearby destinations.

Many travel consultants, including Chamnong Intarot, managing director of Sawasdee Holidays, said Europe was the most popular destination at the moment. Italy, Switzerland and France remain favourites among Thai travellers who gravitate towards major cities such as Rome and Paris.

Yet, Eastern Europe is the fastest-growing destination. More Thai travellers are heading to Austria and the Czech Republic after Prague was featured in a popular Thai soap opera last year.

As demand centres on Europe, travel companies are responding. Traditionally an Australia and New Zealand specialist, Big World Holidays is now offering tours to Europe. Agents are also adapting itineraries to reduce the cost of package tours by shortening the length of stay and budget accommodation.

The trade still sees potential in the longhaul, including the US, but complicated visas procedures are a drawback. – Timothy France London: In demand, but ‘expensive’ due to Olympics. Courtesy of James Wilsher

Philippine longhaul numbers ‘steady’
Travel professionals in the Philippines are reporting steady longhaul business, with no major upsets except for pilgrimages to Israel and neighbouring Middle Eastern cities – still the bread-and-butter for some – due to news of armed conflict.

Helen Hao, vice president of Pan Pacific Travel Corp, GSA for Trafalgar, said: “I don’t see a marked increase of tourists to Europe or the US – it’s been the same.”

At Rajah Travel Corp, business has been “good” and “a good mix of different destinations”. President Aileen Clemente credits the stable Philippine peso, which has appreciated gradually over the years. “Last year, the US west coast was big – places like Las Vegas, where hotel prices had dropped tremendously,” Clemente said.

She said that “hot” destinations were not always defined geographically. “What’s ‘hot’ is river cruising in Europe, as opposed to sea cruising, which feels safer at this point,” Clemente said.

But longhaul destinations appear to have new competitors in the form of Nepal and India, which are rising destinations for Philippine travellers.

The established pilgrimage tour company has developed six-day Delhi-Agra-Jaipur packages using Thai Airways flights. The tours offer extensions to Kashmir or the “mini-Tibet” area of Ladakh, or a stopover in Bangkok on the way back to Manila. – Marianne Carandang The Swiss NTO has named Ivan Breiter, its market manager-Belgium and Luxembourg, as market manager-South-east Asia based in Singapore effective June 1. Breiter will market the destination to the travel trade and media in Singapore, Thailand, Indonesia and Malaysia.

The move to step up presence in the region is hastened by declining arrivals from main markets such as Germany, Holland, Belgium, Italy and the UK due to the economic crisis. In contrast, South-east Asia grew 13 per cent to around 170,000 pax last year, said Switzerland Tourism executive vice president-markets & meetings, Urs Eberhard.

“The decline (in the European markets) is quite prominent, up to 10 per cent. Because of their large numbers, it is substantial, although markets like France are not declining as much, say, three per cent, and those like Spain, Poland and the Nordic countries are still registering positive growth,” he said.

Eberhard was in Singapore, Bangkok, Jakarta and Kuala Lumpur with around 12 representatives from the various Swiss cantons to conduct a workshop for some 100 travel consultants.

Singapore is the largest South-east Asian market, accounting for some 35 per cent of total arrivals from the region, followed by Thailand (30 per cent). But growth is fastest from Indonesia, up 46 per cent last year.

Currently, Switzerland Tourism has a representative in Singapore and Malaysia in the form of an embassy staff who dedicates about 30 per cent of his time to tourism representation. This will be the first time a full-time dedicated director is appointed to increase Switzerland’s share of the South-east Asian market, with a target of 12 per cent annual growth.

The director will continue to be supported by the embassy representatives in Singapore and Malaysia. In Thailand and Indonesia, there would also eventually be similar support by an embassy staff, said Eberhard.

The Singapore regional office will be located within the Swiss embassy.

Eberhard said Switzerland Tourism believed in working with the travel trade and would be supporting travel consultants in conducting consumer promotions, joint advertising and raising awareness by organising fam trips to Switzerland, among other initiatives.

Lucerne Tourism overseas market manager, Mark Meier, said: “We have been pushing for Switzerland Tourism to have a dedicated person to promote Switzerland in South-east Asia. The figures are growing. We saw 20 per cent growth from Malaysia, for example.” – Raini Hamdi

China consultants hail US visa easing policy, but those in Taiwan remain skeptical
Travel consultants in China are embracing President Barack Obama’s call to expedite visa processing to increase travel and tourism to the US.

Currently, visa applications are also hampered by high competition for them, especially during summer travel.

Travel consultants are hopeful that more visas will be issued following the call and expect leisure travel to the US, more than business travel, to boom. Yao Qian, whose firm manages international travel for students at Beijing Language and Culture University, also believes more students will travel to the US for fun, not just to study. Currently, they have to rely on student visas to enter.

In Taiwan, the possibility of a visa waiver to the US by September alone is unlikely to turnaround flagging leisure travel demand to the States, according to consultants.

Currently, individual travellers must obtain their own visa at the US embassy, a process that is time-consuming and costly. Travel companies cannot apply for group visas for travel to the US.

But consultants said the US was mainly for business travel, not leisure, as it was not as attractive as other popular shorthaul destinations.

Antonio Liao, Phoenix Tours president, expects a short-term bump at best. “There might be a 30 to 40 per cent increase in the first year after it goes into effect. The same thing happened when Canada and the UK launched visa waiver programmes,” he said.

Star Travel Corp CEO, Vincent Lin, agrees, saying other barriers remain, especially high air fares. “Airlines have to reduce their fares by 30 to 40 per cent to see a big increase in tourism to the US,” he said.

But Liao does not see this happening in the near future. He said: “China Airlines lost US$22.5 million on the Taipei to New York route last year, and it just cut its London route. They want to recoup that loss.”  – Glenn Smith in Taipei and Manuela Zoninsein in Beijing

This article was first published in TTG Asia, March 23 issue, on page 10. To read more, please view our digital edition or click here to subscribe.