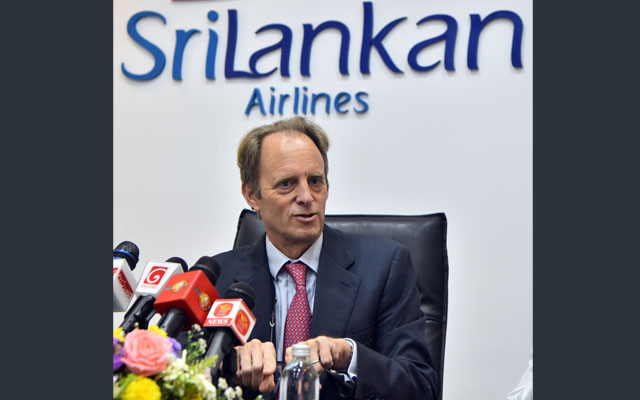 A departure of pilots has befallen SriLankan Airlines just as plans to increase frequencies to existing destinations unfold.

During a media briefing late last week, SriLankan Airlines CEO Richard Nuttall told journalists that the pilot situation is a “concern at the moment”.

“The number of people leaving is starting to go up. This is something we are watching very carefully and are discussing with the board and ministry as well.”

One newspaper report said as many as 40 pilots have left the airline, out of the previous pool of over 250 pilots.

Due to an ongoing freeze on staff recruitment at all state institutions owing to the economic crisis, SriLankan Airlines is stuck with a reduced headcount. However, the state-run airline is likely to get special permission to fill pilot vacancies.

“Many carriers in the world are looking for pilots. They are an international commodity,” said Nuttall.

The exodus of staff is not unique to SriLankan Airlines. Thousands of young Sri Lankans have departed the shores of the country in search of employment in other countries amid the country’s worst economic downfall in decades.

Most of the departing pilots have secured jobs in Emirates and Qatar Airways.

SriLankan Airlines intends to increase frequencies to London with double daily flights, and add services to Singapore, Thailand, Malaysia, Sydney, South Korea and India. It also plans to expand its aircraft fleet, with 19 in operation out of 24. Two are currently under heavy maintenance while three are undergoing engine replacements.

Despite staffing woes, SriLankan Airlines officials have said that the airline is enjoying its best period in recent months due to pent-up travel demand, with reported operational profits from losses suffered previously. However, the airline’s accumulated loss is still running into billions of rupees.

In other developments, Sri Lanka’s accessibility will be boosted with the entry of FitsAir. Owned by Sri Lanka’s Aberdeen Holdings, the airline started off as a cargo carrier. It now operates as a passenger airline with three Airbus 320-200, offering flights to Dubai and the Maldives since November 1. It will launch services to South India next month.