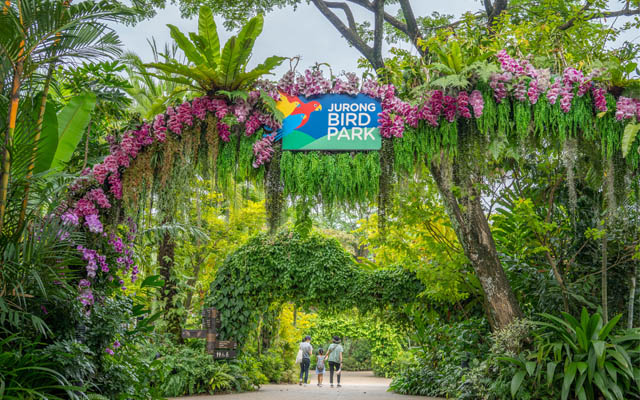 Jurong Bird Park, long an iconic attraction in Singapore, will shut its doors after 52 years in operations on January 3, 2023.

The avian wildlife park will then begin a new journey as Bird Paradise at Mandai Wildlife Reserve in the northern section of Singapore.

On its final lap of operations, Jurong Bird Park is inviting visitors to embark on A Flight to Remember from September 3, with a line-up of activities celebrating the park’s heritage. Visitors can join a self-guided Heritage Trail of Jurong Bird Park and make pit-stops at a series of heritage displays that illustrate key milestones.

Operating from 1992 to 2012, the park’s old Panorail was a monorail system which offered guests panoramic views as it traversed the park. To mark this iconic piece of the park’s history, the old Panorail Station has reopened to the public, complete with a recreation of the Panorail for nostalgic photo opportunities.

Visitors can also contribute their favourite memories of Jurong Bird Park to a ‘living’ Memory Wall at the Penguin Coast and watch their memories pop up on screen in real-time.

Limited-edition merchandise, such as Jurong Bird Park-themed terrariums and medallions, will be on sale.

Daisy Ling, the park’s vice president, who started working with the attraction in 1982 as an education officer, said: “I have seen Jurong Bird Park through many transformations in my 40-year-history here, from new amphitheatres to aviaries, but this will be the most significant yet. There are still many of us who joined the organisation in its early days and have been here over the decades.

“While we commemorate our fondest memories here in Jurong, we also look forward to new beginnings with the Bird Paradise in Mandai Wildlife Reserve and to be a part of another transformative phase of Singapore’s bird park. We hope the local community can join us in the coming months to make this a worthy closing chapter for the park before we turn the page.”

Jurong Bird Park will release new programming over the next few months, including the launch of a Nostalgic Signature Tour in November. Bookings for the tour will open on October 19.