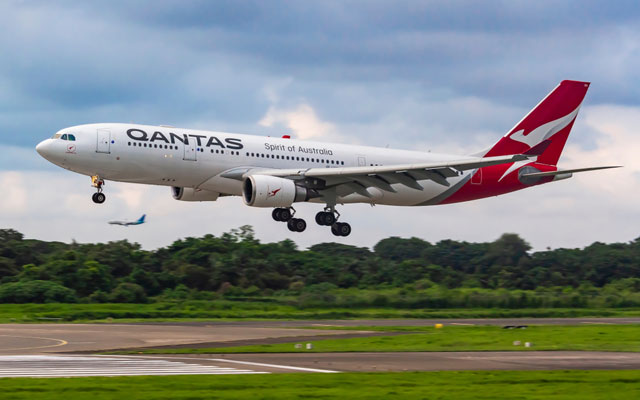 Qantas will boost its international network with services from Perth to Jakarta, Rome and Johannesburg, the latest of new international services by the airline since Australia reopened its borders in November 2021.

Qantas flights will reconnect Perth with Jakarta from November 30, beginning with three flights per week.

A first for Qantas, the route will support the growing trade and tourism links between Australia and Indonesia, and is expected to be popular with travellers connecting to other major Indonesian cities such as Surabaya and Medan.

Qantas Group CEO Alan Joyce said: “Indonesia is a rapidly growing economy that’s home to more than 270 million people and these new flights will open up more trade and investment opportunities and a new gateway for travellers looking to explore Indonesia.”

With the popularity of Qantas’ Perth to London flight, the airline will also be launching seasonal flights from Perth to Rome, the only direct flight between Australia and continental Europe offered by any airline.

WA Premier Mark McGowan said: “The direct flights between Perth and Rome not only open Western Australia’s vast attractions up to Italian tourists, but for many Western Australians who have family links with Italy, it will bring benefits on a personal level, uniting them with loved ones by making it easier to visit family.”

Qantas will operate three flights a week from Sydney to Rome (via Perth). The direct flight to Rome will also serve as a jump-off point to several other European destinations including Athens Madrid, Milan and Nice with Qantas’ partner airlines.

Additionally, from November 1, 2022, Qantas will operate the only direct service from Perth to South Africa, operating three return flights per week.

The direct flight will cut six hours from the fastest current travel time, where Qantas flights from Perth to Johannesburg are presently via Sydney or Middle East. The route will also offer convenient one-stop connections for people travelling to and from other Australian cities.

Noting that a big South African population lives in Western Australia, Joyce said: “This will be great for people travelling in both directions to see family and friends. It will also help support the economic ties between Australia and South Africa.”