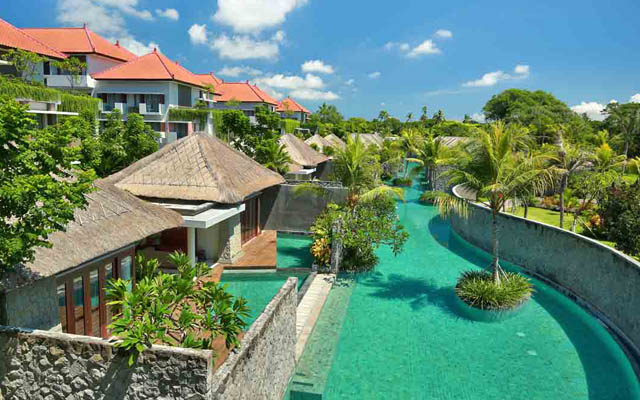 Currently, 29 hotels – out of some 150 properties – which were formerly a part of, or a subsidiary of, Hotel Indonesia Natour, Garuda Indonesia Group, Wika Realty, pawnshop company Pegadaian, and Angkasa Pura, have been brought under the HIG umbrella.

To differentiate the hotels in its portfolio, HIG has also introduced three brands – Meru, Truntum and Khas – to better categorise the five-, four- and three-star rated properties respectively in its portfolio.

Eva Tobing, vice president, marketing and brand development, HIG, elaborated: “For example, for the sight element, guests will be able to identify the hotel brand based on the (style and embellishments on the) staff uniform, the genre of music played (in the hotels) for sound, and identify the signature cuisine (taste) served in the restaurants.”

This approach was taken to help speed up the branding process and for easier implementation across the various properties, instead of having to make major changes to meet requirements.

Jean-Charles Le Coz, chief operating officer at HIG said: “Some hotels do need to be renovated to fit into the brand identity, or to be scaled up from a three-star to a Truntum four-star brand, for example. It depends on the owners’ budgets too.”

Two properties which will undergo major renovations this year are Grand Inna Malioboro and Grand Inna Bali Beach, with the completion and implementation of the Meru branding expected to complete in 2023.

As to how HIG hotels will be marketed, Le Coz said: “We will promote our hotels in trade events in collaboration with InJourney group (HIG’s holding company) and through partnerships with InJourney members such as Sarinah Department Store and (Borobudur and Prambanan Temple Park) through social media, and other online channels.”

Collaborations, for instance, will include an entry ticket to a temple complex with a hotel stay.

HIG currently operates 4,123 rooms across its 29 hotels, and aims to incorporate another 120 properties by 2023. – Additional reporting by Dhini Oktavianti