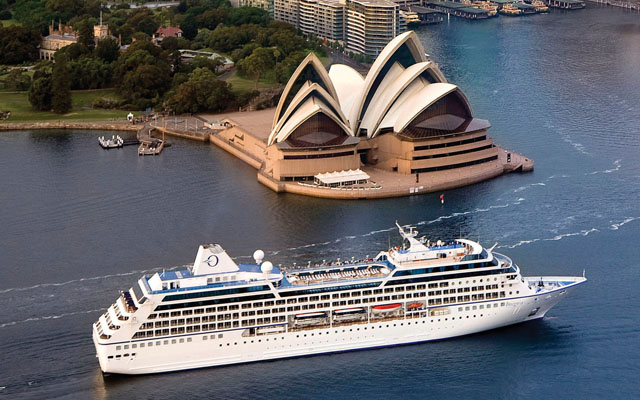 The cruise line’s 2024 Collection comprises more than 350 itineraries including over 130 Grand Voyages across seven ships and all seven continents, and will open for reservations from May 5.

New ports of call in Asia include Beppu and Kumamoto, Japan and Coron, Philippines. Itinerary lengths range from 7 to 82 days, with hundreds of overnight and extended port stays.

Oceania Cruises is also greatly expanding its offering by having two ships in the region – Regatta and Nautica.

Regatta presents a renewed focus on New Zealand and Australia, including a 35-day holiday circumnavigation of the continent. Nautica will explore the Far East while also serving up a delightful array of voyages that showcase South Africa, Mozambique, Mayotte, and the Seychelles.

Riviera‘s inaugural season in the region will see her sailing from Arabia to India, to South-east Asia, the Philippines, Vietnam, China, South Korea and Japan.

Opportunities are also aplenty to explore singular countries or regions with in-depth immersions of Japan, Arabia, and Indochina.

Howard Sherman, president and CEO of Oceania Cruises said: “With our 2024 Collection, we have set a whole new standard for destination innovation with an astounding mix of marquee destinations and exotic new locales, blended together in creatively crafted voyage offerings.”