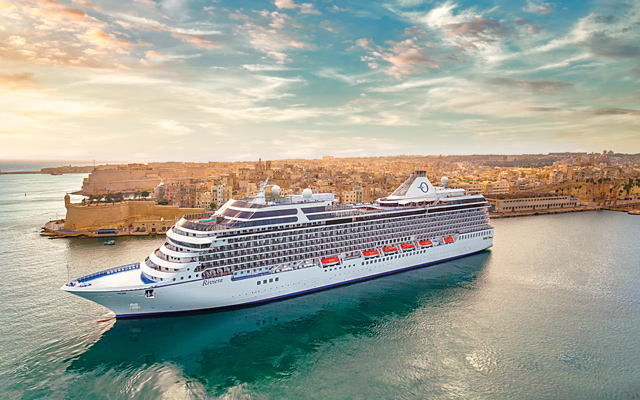 Oceania Cruises’ 1,210-guest ships Riviera and Marina will get a stem-to-stern re-inspiration that will gift both vessels with refreshed staterooms, suites and public spaces.

The all-new staterooms and suites promise a lighter and brighter stay with more lavish fittings and furnishing. Guests can expect modern and functional improvements, such as an abundance of outlets and USB ports always within reach. Bathrooms will also be more spacious than ever before, featuring generous, oversized showers.

On the dining front, existing venues will boast new settings and there will be more alfresco dining options and new experiences, such as Trattoria, which will feature an array of wood-fired pizzas and grilled Italian specialties.

Howard Sherman, president & CEO of Oceania Cruises, said in a press statement: “At Oceania Cruises, we continue to raise the bar and elevate the guest experience at every opportunity. Whether it’s innovative new culinary concepts, immersive new destination experiences, or presenting our guests with ships that are not just better, but better than new, Oceania Cruises sets the standard by which others are judged.”

The re-inspired Riviera will debut on December 7, 2022, on a 16-day Mediterranean, Atlantic, and Caribbean cruise from Rome to Miami. From there, Riviera will reprise her popular seven- to 14-day Caribbean sailings for one final season before returning to Europe in late March 2023. She will then commence an inaugural Far East exploration from late 2023 to early 2024.

Marina will debut on November 13, 2023, on a seven-day cruise from Barcelona to Lisbon. Thereafter, she will head to will Miami for her annual South America season on December 3, 2023.