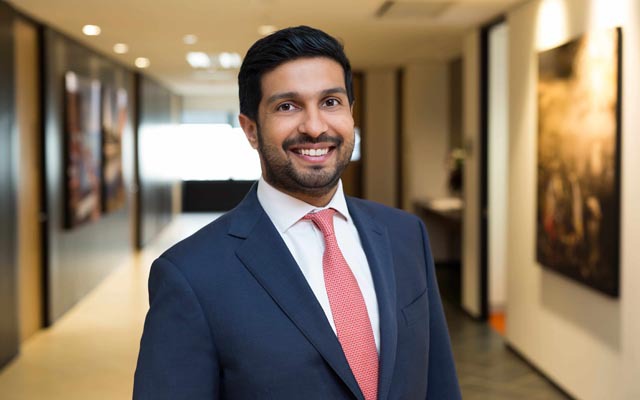 Abhijay Sandilya, managing director of the hotel group for Japan and the Micronesia, was appointed to the post on October 1, 2021 and arrived in Tokyo in April this year.

Speaking to TTG Asia, Sandilya said that as soon as the “shackles are removed” and travellers are permitted to return to Japan, the tourism sector will experience a surge in interest and bookings.

However, everything hinges on the government’s decision to ease entry restrictions on leisure travel, said Sandilya, who has experienced first-hand the problems the pandemic has caused to the previously booming Japanese travel market.

“The pandemic has had a huge impact on the travel, tourism and hospitality industries, and this has been the greatest demand suppression seen in any of our lifetimes,” he said.

“The silver lining is that as soon as restrictions are relaxed, we will see a rapid bounce-back,” he remarked, adding that enquiries at IHG properties in Tokyo and Osaka have been encouraging in recent weeks while “some parts of corporate travel” is returning.

“We are also seeing airlift coming back. We need to find the balance between keeping people safe and welcoming the return of tourism,” he said. “And that is important because globally, tourism employs one in every 10 people.”

Sandilya insists that the government’s ambitious tourism target of 60 million arrivals in the year 2030 is still achievable.

To meet that demand, the company has in recent years embarked on an ambitious expansion plan, with Sandilya in his former role as vice president for development in Japan and Australia overseeing the opening of Japan’s first Kimpton, Regent and Hotel Indigo brands, as well as the first new Holiday Inn Express in many years.

In 2021, IHG ANA Hotels Group Japan also concluded its largest deal in 15 years with an agreement to open or completely renew three properties – with more than 1,000 rooms – in the Appi Kogen region, famed for its winter sports. These properties will boost the brands’ profile and popularity, while efforts are also afoot to reverse the talent drain that has afflicted the industry during the downturn, Sandilya shared.

“Japan is one of the world’s favourite destinations, the macroeconomic conditions are extremely robust, and we are huge believers that consumer demand will soon be back,” he said.