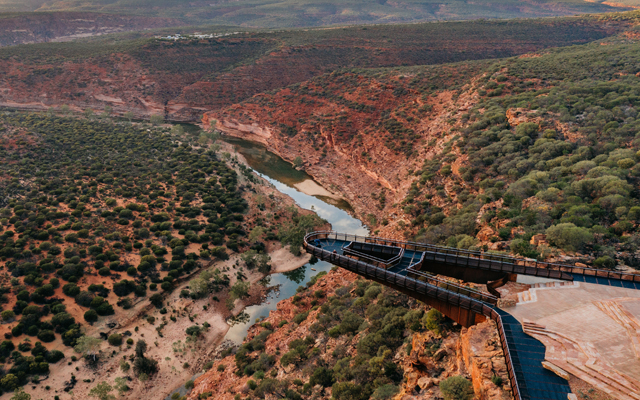 Tourism Western Australia (Tourism WA) is reinforcing the state’s status as a premium destination as it rebuilds travel demand from Singapore, recognised as its second most important source market.

Addressing a group of select media representatives during an event in Singapore yesterday afternoon, Roger Cook, deputy premier of Western Australia said Singapore contributed 107,000 visitors in 2019, which was up eight per cent from the previous year.

“So, you will understand why we are looking to Singapore again (for tourism recovery),” remarked Cook, who also underlined strong business ties between Western Australia and Singapore that have resulted in A$9.5 billion (US$7.06 billion) worth of trade, compared to A$12 billion a year between Singapore and Australia as a whole.

Tourism WA’s renewed focus on the Singapore market is built upon the government’s A$185 million Reconnect WA package, which was unveiled in December 2021 to reengage with the world once international border restrictions were eased.

According to Carolyn Turnbull, managing director, Tourism WA, A$1.5 million from the Reconnect WA package will be dedicated to the Singapore courtship, with activities centred on “intelligent marketing and trade engagement”.

“Our strategy has been redefined over the last six months, and we are repositioning Western Australia as a high-yielding market. Singapore’s high-value travellers are well placed for this,” said Turnbull.

“High-value travellers are known to spend more, disperse farther and stay longer – that’s the type of customers we are targeting.”

She told TTG Asia that Tourism WA would highlight bucket-list offerings, such as the state’s world-class accommodation and tourism experiences, to charm well-heeled and well-travelled Singapore residents. These include new draws such as the Kalbarri Skywalk that hangs over Murchison River Gorge at the Kalbarri National Park, Matagarup Bridge Zip+Climb in Perth City, and HeliSpirit scenic helicopter flights in Esperence.

While the Singapore traveller typically gravitates towards Perth city and the Margaret River Region, drawn by premium food and wine, Turnbull is hopeful of introducing the segment to far more destinations across the state, where “pockets of experiences (are all) uniquely different”.

Access to parts of Western Australia is easy, with many flight options to destinations like Albany, Geraldton, Broome and Exmouth, shared Turnbull.

However, she also acknowledged that Perth city and the Margaret River Region will continue to be “sticky” with Singapore travellers, as many new hotels, restaurants and cultural offerings have made their debut over the past two years of travel freeze, offering fresh experiences for loyal returnees.

Tourism WA will continue to campaign with its Adventure Awaits platform, which has been around pre-Covid. “It still has the right gravitas and cut-through that sends the right message” about the state’s top appeals, explained Turnbull, adding that creative assets showcasing “wide-open spaces, incredible landscape and unique tourism experiences” resonate strongly with the Singapore market as well as other international travellers.

“Western Australia is just a very naturally beautiful state, unlike some of the other states in Australia that are overdeveloped. Western Australia is still quite pure,” opined Turnbull. As such, the fine-tuned pursuit of a high-yield traveller segment will ensure that Tourism WA acts “sustainably and in good faith for the protection and preservation of our natural landscape”.

The Reconnect WA strategy will also include an aviation fund to reinstate direct flights that will support the state’s tourism recovery. Ongoing efforts with Perth Airport to reengage airlines have seen the return of three daily flights with Singapore Airlines, one with Scoot and more, said Cook.

When asked if Tourism Australia would also approach the other South-east Asian markets with a premium destination angle, Turnbull affirmed the value of the region as a visitor market and said destination marketing activities would be especially focused in the other countries to ensure that “we are talking to the right people”.